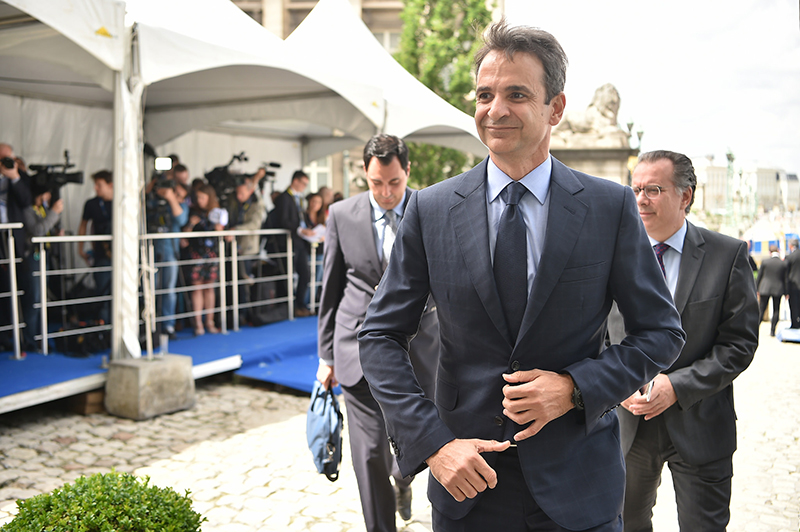 Main opposition leader Kyriakos Mitsotakis is in Strasbourg, where he had meetings with leaders of the European People’s Party (EPP), his New Democracy party’s political family and gave an interview to EUobserver.
Mitsotakis argued that by agreeing a €5-billion economy package for 2019-20 and a 3.5% primary surplus until 2022, prime minister Alexis Tsipras has accepted measures “that go beyond his current term”.
“What is happening in Greece is so surreal,” he said, accusing Tsipras of having “overtaxed the economy” and “killed whatever growth we could have had.”
“The numbers don’t lie,” he insisted, slamming the “catastrophic first months of 2015 and Tsipras’ constant procrastination ever since. The Tsipras experiment has cost us a €100 billion,” he said.
He added that “creditors have their fair share of responsibility” in the situation, by accepting “a wrong fiscal policy mix which have not helped the growth prospects of the economy.”
“Austerity should not be confused with reforms. We’ve had too much austerity in Greece and too little reforms,” Mitsotakis said. “Until now, unfortunately, every time we talked to Greeks about reforms, the first thing that comes to mind is tax increases and pensions cuts,” he added.
“I think it may be about time, without escaping from our obligations, that we consider rebalancing our policies in favour of reforms.” He said that his priority would be to “create jobs though private investment, that means a business-friendly environment.”
“The only thing that Tsipras talks about is how to exit the programme without presenting any road map as to what would happen after that point,” he said.
He added that “the logic for a clean exit is colliding with the reality of a tough austerity package that will constrain the next government.”
Source: EU Observer

Trahanas: Greece’s Healthy Comfort Food Will Warm You Up