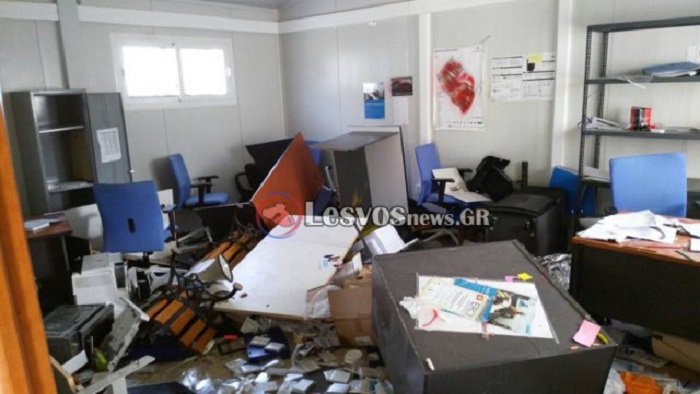 The offices of Moria refugee processing center on Lesvos suffered extensive damage on Sunday night, as a result of migrants rioting.
According to reports, the migrants had been complaining about overcrowding at the centre, and their complaints turned to anger as heavy downpour damaged their tents and possessions.
Greek Police were called in the early hours of Monday morning, to quell the riot which resulted in extensive damage to UNHCR facilities and the office of a non-governmental organization.
At least seven migrants were arrested.
Moria is the main refugee camp on Lesvos, but a combination of chronic overcrowding and official policy, has led to accusations that it is in fact, a huge prison.
Some 5,500 people are housed here, even though originally the centre was meant to accommodate less than half that number.
Lesvos currently has more than 8,000 migrants and refugees. In the three months between mid-August to November 10, some 7,000 people turned up on the islands of Lesvos, Chios and Samos. 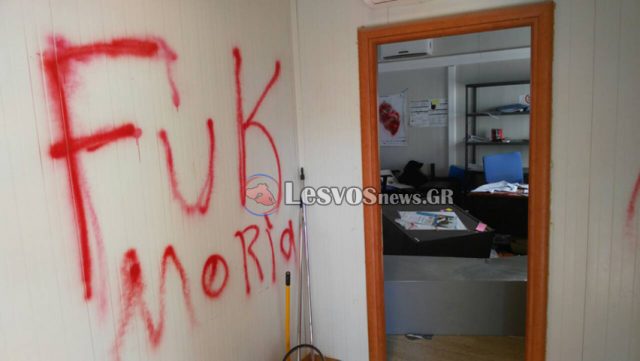 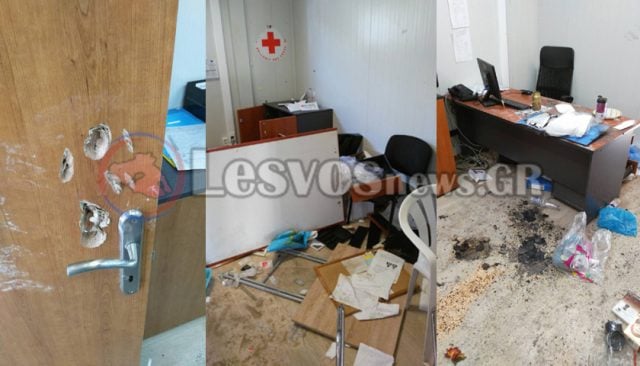 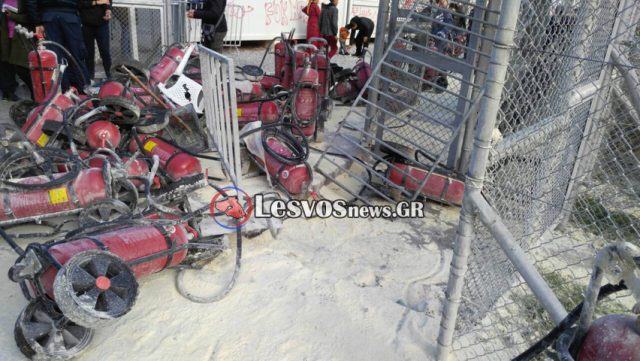