Greek archaeologists say that the ancient site of Dion in the northern prefecture of Pieria, Greece; which as a result of heavy rains has been covered in mud, will be restored.
The metal structures of the archaeological site have also been damaged and there are leaks in the museum.
Elena Papastavrou; head of the antiquities department in Pieria, has said that restorations are expected to last for several months, and that by the summer, the site will be back to normal.

Dion, which stands in the northern foothills of Mount Olympus, was the most important sacred city of the Macedonians.
The site features two theaters; one Greek and one Roman.  In addition, there is a Roman bath complex, complete with a well-preserved example of the hypocaust central heating system, which is used to warm up the floors. 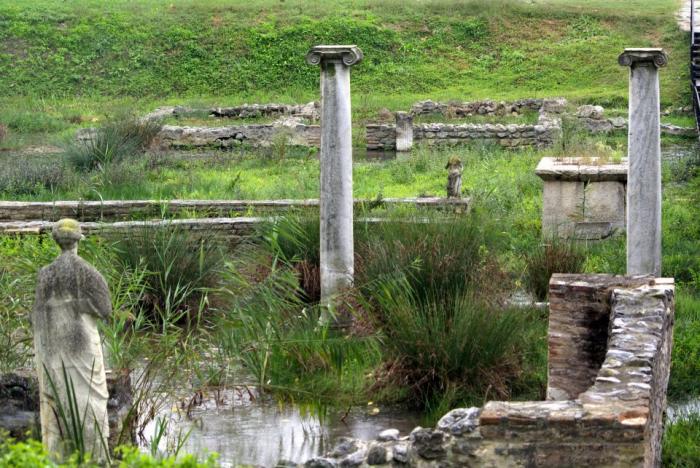