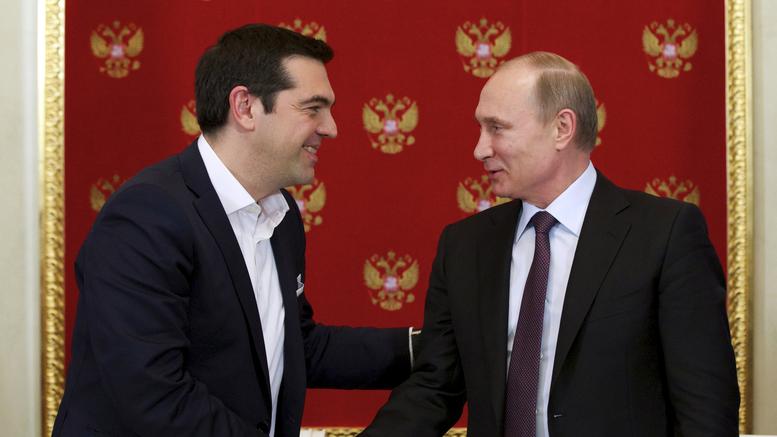 Greece is one of Russia’s ‘Trojan Horses’ to enter and influence Europe and its policies, says a new report from the Atlantic Council’s Eurasia Center.
The report says that Russia continues to seek a foothold in Southern Europe to undermine the European Union and the transatlantic partnership.
Dr. Markos Kounalakis; visiting fellow at Stanford University’s Hoover Institution and senior fellow in the Center for Media, Data, and Society at Central European University, and Dr. Antonis Klapsis, academic coordinator for the Centre of International and European Political Economy and Governance at the University of Peloponnese, contributed to the report The Kremlin’s Trojan Horses 2.0: Russian Influence in Greece, Italy, and Spain, writing about Greece in particular.
The volatile socioeconomic climate of crisis stricken Greece along with the one million migrants and refugees that have entered the country, has proven to be fertile ground for Russia to put a foot in the country. Greece’s euro-skeptic, anti-capitalist leftist government was the perfect ally in Russia’s plans, the report says.
“Russia’s successful actions in Greece—such as providing discounted energy, intervention in media ownership, and ethno-cultural seduction of the Orthodox hierarchy —have already weakened EU resolve toward confronting Russia’s more egregious acts, neutralized Greece’s previous intent for expansion of defense ties within NATO, and rebuilt the foundation of a strong and lasting alignment with Greece’s people and interests,” the report says.
President Vladimir Putin, in his May 2016 pilgrimage to Mount Athos and official visit to Greece, found a very receptive government and Prime Minister Alexis Tsipras telling him that improving Greece-Russia relations would be “a strategic choice.”
Other than political influence, Russia has established strong business interests in Greece. Ivan Savvidis, a Georgian-born Russian Greek, one of Russia’s richest men, member of Putin’s United Russia party, a member of the Russian parliament (Duma), and a resident of Thessaloniki, has invested in strategic industries and openly advocates the New Democracy opposition party and its pro-Western leader Kyriakos Mitsotakis.
Savvidis bought Thessaloniki’s PAOK professional soccer team; cigarette manufacturer SEKAP; Thessaloniki’s best-known hotel, the Grand Pallas; and, most troubling to the Greek political opposition, he has a controlling interest in one of the more popular television networks. He has also purchased historic newspapers.
Along with Savvidis, “there are secondary tier players who dabble in real estate and business engagements, seeking opportunities to strengthen Greco-Russian ties where available. For example, three Russian companies; including Gazprom, purchased
large stakes in the Greek gas companies DEPA and DESFA.