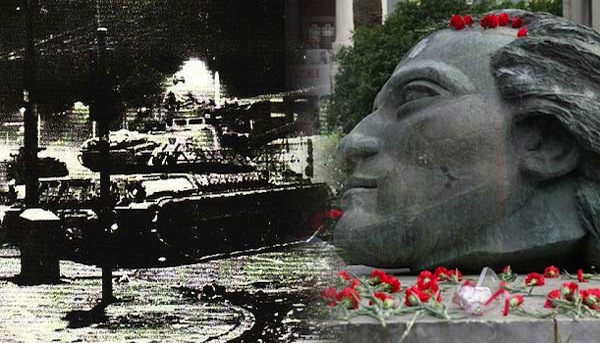 The Polytechnic School uprising against the military dictatorship 44 years ago; an overflow of resistance by the Greek people against the junta, is the last remaining memorial of a republic sunk into destitute – both financial and political.
In the four and a half decades since the event, the uprising has deteriorated from a totem of left-wing political pride, to an excuse of various anti-establishment groups for clashing with the police and terrorizing downtown Athens.
Other than that, participants, survivors and self proclaimed recipients of the “Polytechnic Uprising legacy” keep repeating the traditional march to the US embassy, the same old “revolutionary” speeches and the typical wreath nesting ceremony in honour of the fallen.

It wasn’t always like that. In the first few years of the newly formed republic after the fall of the dictatorship in 1974, the Polytechnic school uprising ceremonies were a vibrant cause celebre, not just for left-wing ideology, but also for democratically-minded citizens from across the political spectrum.
Let’s remember the historical facts: On Friday night, Nov. 16, 1973, police started facing off against protesters inside and outside the Athens Polytechnic University as tensions ran high between the few (regime forces) and the many (oppressed students).
In the early morning hours, the transitional military government panicked and sent in the tanks, one of which crashed the gate of the Polytechnic about 3 a.m., a grainy film taken by a Dutch journalist showing it bringing down the main steel entrance to which people were clinging.


A student broadcasting from the site called on the soldiers not to carry out their orders against the people, his voice emotional, reciting the national anthem before the tank entered the yard and the transmission stopped.
The government said no students were killed, but reports claimed 24 died outside the campus. A week later, one of Papadopoulos’ co-conspirators in the junta, Dimitrios Ioannides, staged a counter-coup that overthrew him and military law was reinstated.
Less than a year later, on July 15, 1974, Ioannides’ attempt at a coup in Cyprus led to the Turkish invasion and his short regime ended too, leading to Constantine Karamanlis returning from self-exile in France to be appointed Prime Minister and the first free elections in a decade were held. 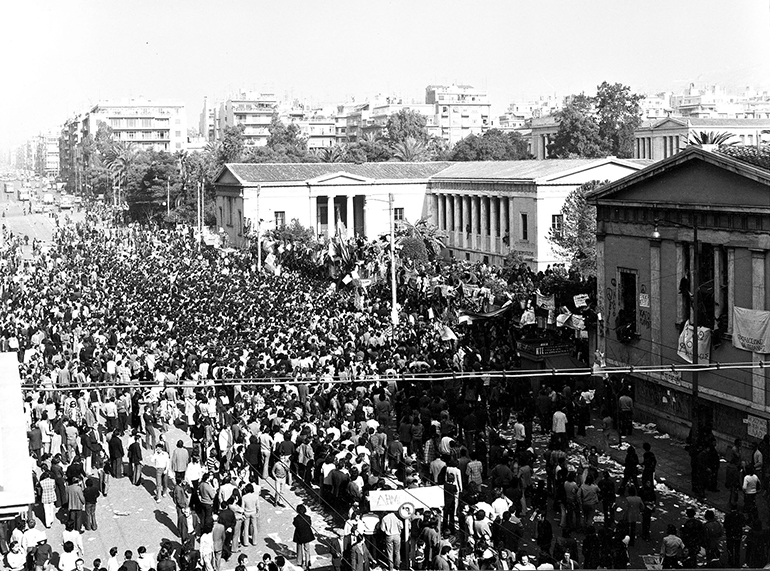 Traditional ceremonies, including the march to the US embassy (America is considered responsible for sustaining the seven year old military regime) were established in 1974, but as the decades went by, celebrations became a relic of old fashioned left-wing revolutionary legacy.
The blood-stained Greek flag of the uprising turned into a “revolutionary” totem for obscure left-wing factions and the trademark Polytechnic uprising slogan “bread, education, freedom” became a fringe reminder of a fading revolt.
While citizens of the mainstream political system slowly turned their backs on the ideas of the 1973 uprising, anarchist groups and other fringe “revolutionary” elements re-designed its significance, using it to create mayhem in the surrounding streets. 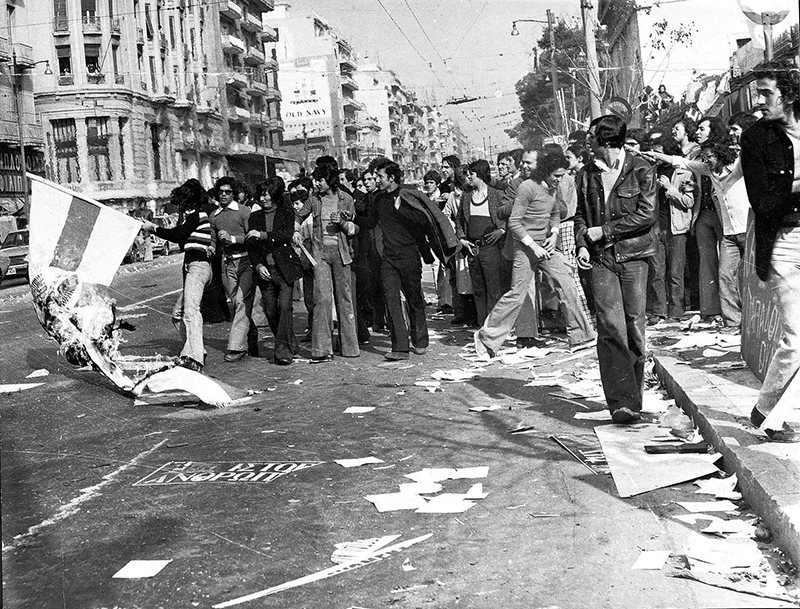 Particularly in the recession era, November 13 is a day of fierce fighting between anti-establishment, Molotov cocktail carrying street rebels with mask-covered faces, and police special forces trying to stop them.
This years’ ceremonies might very well be postponed due to anti-establishment groups barricaded inside the Polytechnic school threatening to disrupt the official celebrations causing havoc and injuries with their “wrath”.
Perhaps it’s just as well. The 44-year-old Greek republic is institutionally and financially broke in all but its name. Keeping up with its totem systemic commemorations already feels like a painful reminder of its glory days or, more accurately, like pagan wishful thinking.

Americans have been a major part of summer tourism in Greece. Although they may not make up the largest contingent of visitors, they spend more.
Europe

A new border surveillance drone, which represents the next generation of unmanned surveillance aircraft, will be manufactured by a Greek firm.
Australia