Rescue Οperations in Flooded Attica to Continue Throughout the Night 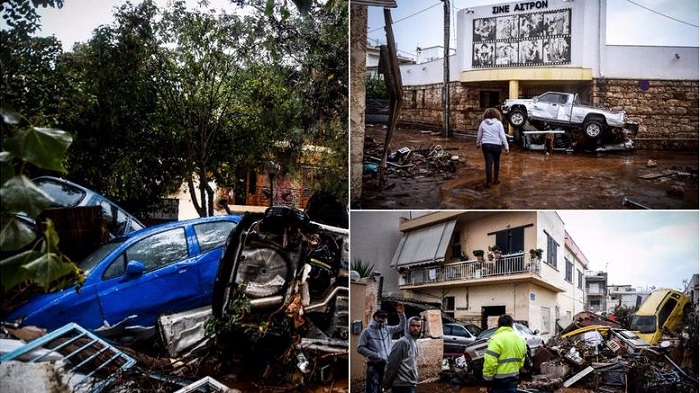 An extraordinary meeting was held by Prime Minister Alexis Tsipras at Maximos Mansion on Wednesday to assess the situation of the severe flooding in West Attica, which claimed the lives of at least 14 people.
Ministers from the Interior, Citizen Protection, National Defence and Infrastructure ministries, the government spokesman, the head of Fire Brigade, and the regional director of Attica attended the meetings.
Rescue operations will continue throughout the night and in the morning on Tuesday, according to the government. Civil Protection services will keep informing people about weather forecasts so they can make plans, while a process has begun to open military holiday camps and hotels to people whose homes have been destroyed.
According to information, the government asserted it would not politicize the tragedy, and noted that after rescue operations are over the damages will be recorded. The government also stressed that it was committed to restoring damages and supporting recovery and reconstruction.
ND leader
“What is happening in Mandra is an unspeakable tragedy,” main opposition New Democracy (ND) leader Kyriakos Mitsotakis said on Wednesday, regarding the flash floods that left nine dead in the plains of western Attica.
“I express my deep anguish for the destruction, the loss of property and, above all, the loss of our fellow human beings. The State must stand by the inhabitants and provide them with all possible support as soon as possible,” he added.
US Embassy
The U.S. Embassy in Greece expressed its deepest sorrow and condolences to the families of the victims of the flash floods.
“We express our deepest sorrow and offer our condolences to the families of flood victims in the towns of Mandra, Nea Peramos and Megara,” the embassy tweeted.