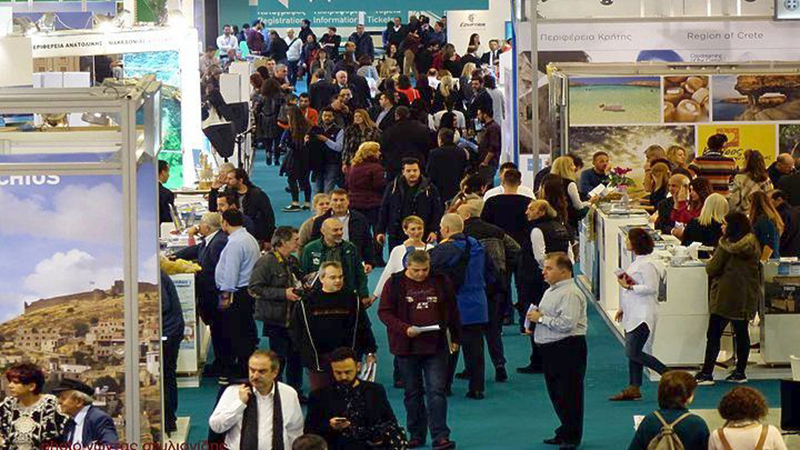 Bolstered by the dynamism of Greek tourism, the Philoxenia and Hotelia, the renowned tourism exhibition ‘duo’, hosted a total of 600 exhibitors and attracted over 20,000 visitors in Thessaloniki between November 10 and 12.
The entire Greek tourism sector was represented in the Thessaloniki International Fair‘s 33rd Philoxenia; a landmark for the field. There were 400 exhibitors (both direct and indirect) from 18 countries at Philoxenia, and 200 (direct and indirect) at Hotelia.
Over 4,000 meetings were held between exhibitors and major tour operators from 36 target-countries for the Greek market. The exhibition also marked the return of shipping companies and the participation of more airlines, tourism agencies and major hotel chains.
An important event held during Philoxenia, titled ‘Asian Tourism. Greece as a Destination and as a European Gate’ this year, highlighted the new prospects for domestic tourism with the help of top Greek and international speakers and caused a lot of traction.
“Dpoint Spaces” at Hotelia (jointly organised with Interiors from Greece) was the most innovative event on hotel architecture and decoration, featuring two different works by renowned architectural firms, covering a total area of 400 square metres.
Also, the All About Café of Hotelia was an original and innovated section dedicated to the art of preparing coffee, and focused on the development of coffee culture in the present, hosting specialised seminars.
Finally, the Green Zero Hotel “Reloaded”, the first modular ecological bungalow, designed by the Makridis Associates Architects firm, was presented at Hotelia at the outdoor area of Pavilion 10, attracting the visitors’ interest.