More
GreekReporter.com Greece Photos by a Genius: How an American Philhellene Captured the Acropolis in...

Photos by a Genius: How an American Philhellene Captured the Acropolis in the 19th Century 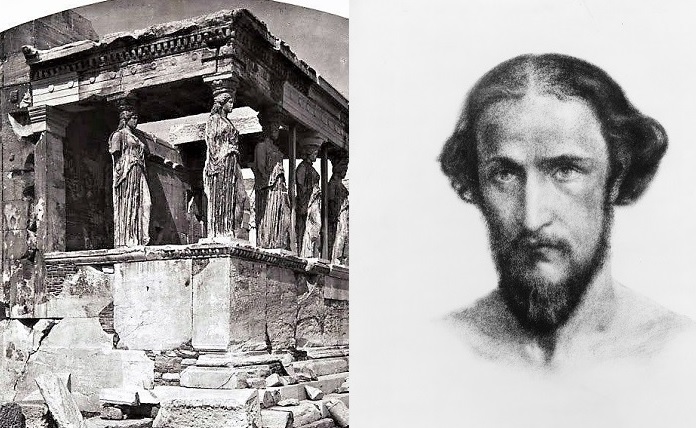 William James Stillman an American journalist, diplomat, author, historian, and photographer captured the magic of Acropolis in 1870 in a series of carbon prints.
Relatively unknown in Greece, Stillman was a great Philhellene who served as the United States ambassador in Crete during the Cretan insurrections of the 19th Century and later married a Greek artist in London.


During his tenure in Crete he was an avowed champion of the Christians in the island and of Cretan independence. Consequently, he was regarded with hostility both by the Muslim population and by the Turkish authorities.
In September 1868 he resigned and went to Athens where he tried to depict his love of the country and its ancient civilization in print.
The Acropolis and the Parthenon were the ideal settings for his photography. Critics have argued that Stillman’s album of views of the Athenian Acropolis, displayed an artistic sensibility and a genius of a higher order. 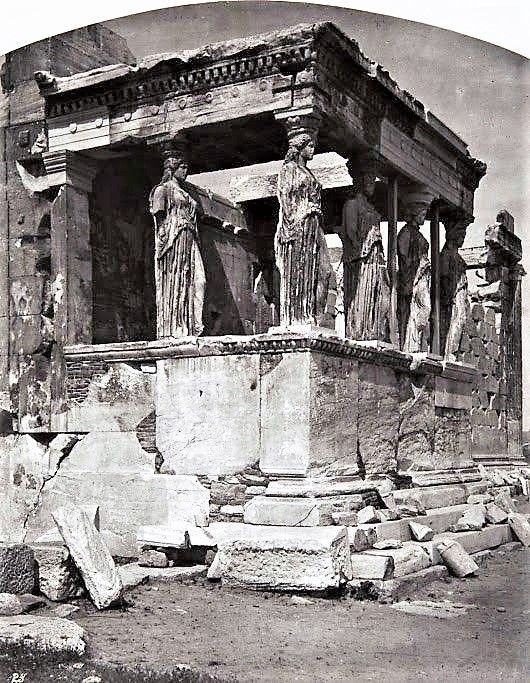 The Acropolis of Athens: Illustrated Picturesquely and Architecturally in Photography was published in London in 1870.
The volume, bound in red leather and measuring 530 by 340 mm, contained 25 carbon prints on paper, with simple captions opposite. 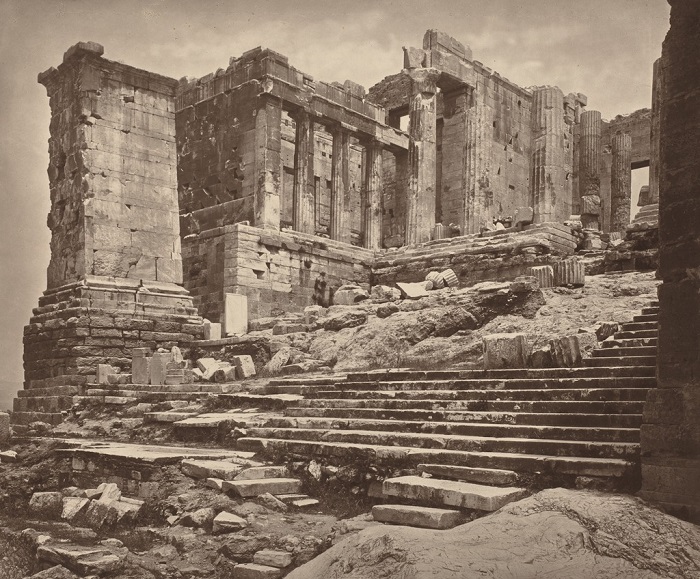 Imposing in size and striking in style and execution, Stillman’s book has since been recognised as among the more important photographic publications of its period.

Stillman left Greece for London where in 1871 he married artist Marie Spartali, a daughter of the Greek consul-general Michael Spartali; although without his permission.
Spartali was a Pre-Raphaelite painter; arguably the greatest female artist of that movement. During a sixty-year career, she produced over one hundred works, contributing regularly to exhibitions in Great Britain and the United States.
Stillman’s love for Greece led him back to Athens where he served as the correspondent of The Times in 1877-1883.
After his retirement he lived in Surrey, England, where he died on July 6, 1901.
Sources:
MacManus, D., & Campbell, H. (2015). ‘Illustrated Picturesquely and Architecturally in Photography’: William J. Stillman and the Acropolis in Word and Image. Architectural Histories, 3(1), Art. 22. DOI: http://doi.org/10.5334/ah.cw
Wikipedia
Division of Rare and Manuscript Collections, Cornell University Library

The Greek War of Independence had many unknown heroes who fought alongside the legendary ones, or gave their own battles for liberty
Read more
Animals