Chios Celebrates 105th Anniversary of Liberation from the Ottomans (video) 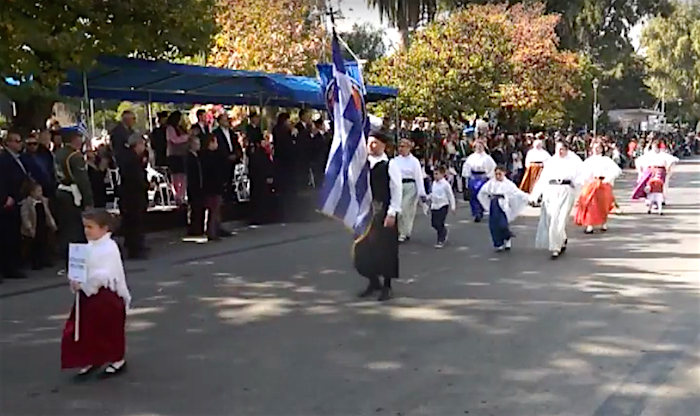 105 years since the liberation of Chios from the Ottomans the people of the island are taking part in ceremonies to mark the occasion.
The celebrations culminated on Saturday with a parade in the centre of the capital city.
Leading the parade were young refugees mostly from Afghanistan and Syria. They were assembled by an NGO working with refugees and migrants called Ark of the Nation. The crowd responded enthusiastically to their parade.
Schools and members of the Greek armed forces followed in formation.
The liberation
On November 11, 1912 after the First Balkan War, the Greek navy invaded the island and following weeks of bloody battles with the retreating Ottoman army, they secured Chios which joined the rest of Greece.
The Ottoman Empire recognized Greece’s annexation of Chios and the other Aegean islands by the Treaty of London in (1913).
The amphibious operation to liberate Chios was spearheaded by admiral Pavlos Kountouriotis.
After liberating the Aegean islands of Limnos, Thasos, Imvros, Samothraki, Psara and Lesvos, Kountouriotis turned on Chios.
On November 11 three cruisers, two destroyers and three troopships carrying 2,500 soldiers arrive at Chios and the following day they take over the town.
Thousands of local inhabitants storm the streets in joy welcoming the advancing Greeks. 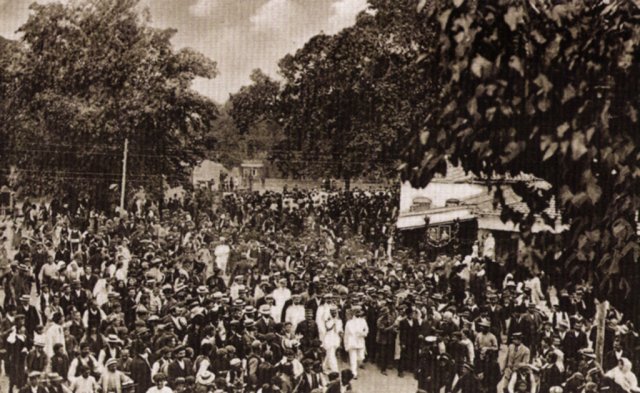 The Turkish military command refused to capitulate and continued resisting the Greek army in the smaller towns and villages of the island. Fierce battles continued for about 40 days, until on December 20 the Turks surrendered.
Centuries of Ottoman rule ended in Chios as Greek troops triumphantly paraded in the island’s capital.