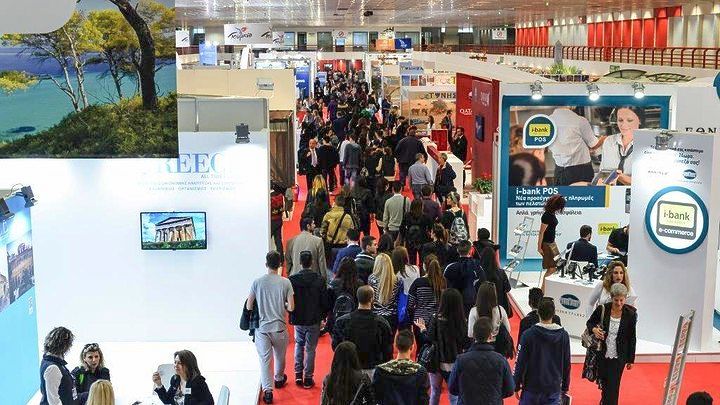 The 33rd international tourism exhibition Philoxenia and the international hotel equipment exhibition Hotelia opened on Friday in Thessaloniki.
The most important tourism-industry event in Greece, has a recorded 10 pct increase in the number of exhibitors and an upgraded picture in quality and quantity, stated the managing director of TIF-Helexpo Kyriakos Pozrikidis.
He also noted that this year’s theme is Asian Tourism: Greece as a Destination and as a European Gateway”, highlighting the new prospects of the domestic tourist product with talks by top Greek and foreign speakers.
The entire tourism sector in Greece is represented at Philoxenia, with the participation of all 13 regions as well as many municipalities; and also with 400 exhibitors from 18 countries taking part in Philoxenia and 200 exhibitors in Hotelia.
The president of Thessaloniki Convention Bureau-TCB Yiannis Aslanis referred to the successful outcome of the 8th UNWTO International Meeting on Silk Road Tourism; the largest event of the UNWTO Silk Road programme, which will next be held for the first time in Europe in October 2018 in Thessaloniki. “It is the crowning achievement of the efforts of all the entities for an opening to the Asia market,” he said.
The exhibitions are held under the auspices of the Tourism Ministry, the Interior Ministry and the Greek National Tourism Organisation as well as all the major tourist agencies in Greece.
The foreign presence is upgraded this year with participation from Turkey, Cyprus, Egypt, Austria, Russia, Albania, Bulgaria, Serbia, Poland, Luxembourg, Czech Republic, Slovakia, Peru, Philippines and Indonesia. Moreover, 180 independent hosted buyers have been invited, while another 125 participate as group missions from Bulgaria, Albania and Skopje.
Over 4,000 meetings have been scheduled between exhibitors and major tour operators from 36 countries.
Shipping companies and many airlines, tour operators and hotel chains will be also represented.
The Hotelia unit All About Gastronomy, according to Pozrikidis, will this year focus on the Greek breakfast and Brunch.
(Source: AMNA)