Varoufakis: 'I Never Threatened with a Grexit' 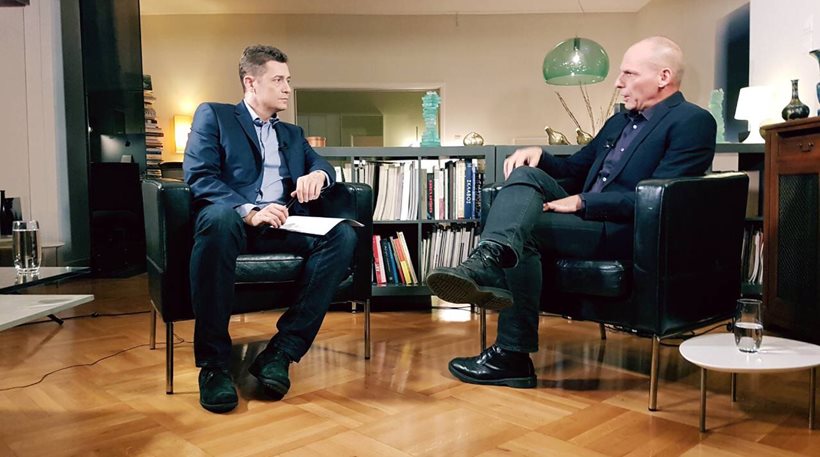 Former Greek Finance Minister Yanis Varoufakis reiterated that he had never threatened creditors with a Grexit; and announced his decision to run in the European elections with his party; DIEM25.
On Wednesday night’s interview on Alpha TV; Varoufakis spoke again about the turbulent six months that he was finance minister, in the first half of 2015. He said that he never wanted Greece to leave the common currency bloc, nor did he threaten creditors with that. He said that he simply refused to get a loan that could not be repaid.
Varoufakis said that he did not have that much power as many would like to believe: “I would not keep anything from my term as a minister. You have no authority as prime minister or as a minister in Greece. We are in a peculiar situation where the mayor of Filiatra has more power than the prime minister,” he said.
Referring to his term in government, he noted that in the understaffed public sector,  he found some heroic employees.
The former minister underlined that the thing that bothered him the most was the backstabbing he encountered from his former colleagues. He said that after his resignation from the government, the media accused him of not having a Plan B. And then a short time after that, he said, that same media and former colleagues accused him of having a Plan B.