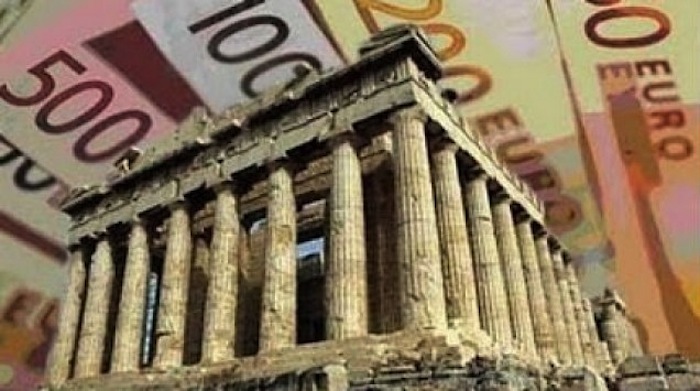 At its latest economic forecast for Greece, the European Commission revised its estimate for the country’s 2017 economic growth from 1.8% to 1.6%.
This is the third consecutive downwards revision of Greece’s growth estimate from 2.7% early this year, to 2.1% last quarter, to 1.6% today. Compared to estimates by both the Greek government and the IMF, this is the most pessimistic prediction so far.

Real GDP is expected to grow by 1.6% in 2017 and 2.5% in both 2018 and 2019. The forecast revision for 2017 reflects mainly the weaker-than-expected performance of private consumption in the first half of the year, the Commission says. 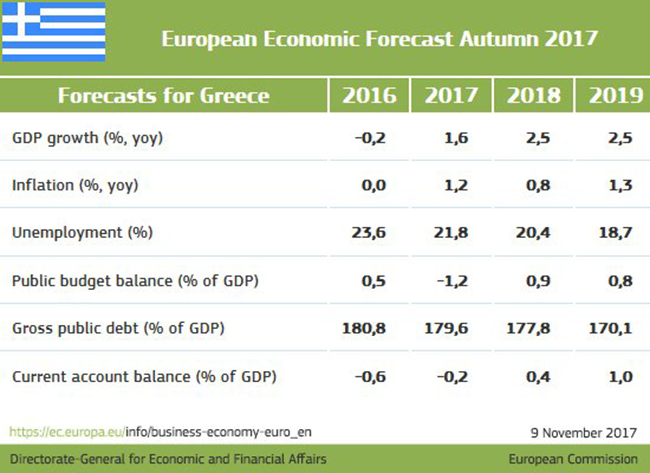 Both private consumption and investment activity are forecast to be robust in the second half of the year, and to continue to perform well in 2018. This positive outlook is expected to benefit the current-account balance, with moderate surpluses forecast for the coming years.
The labour market performed better than expected, with the unemployment rate falling to 21% in July, down from an annual average of 23.6% in 2016, the Commission notes.
According to quarterly national accounts data, employment rose by 1.5% in the first half of 2017; suggesting that the labour market continues to improve faster than the economy as a whole.
Now all parties involved are waiting for the official data from Greek Statistical Service ELSTAT concerning GDP growth numbers for the crucial third quarter of the year. The data release is expected in early December.
According to the estimates so far, in order for the country to reach its agreed upon targets, growth in the last two quarters of the year must reach a staggering 3%.