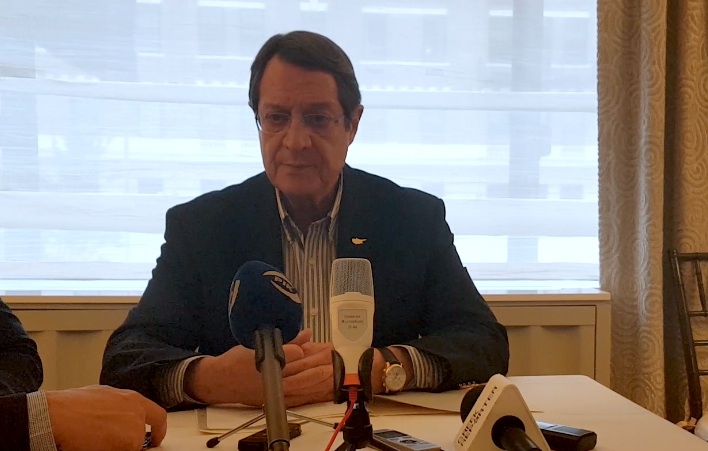 Cypriot President Nicos Anastasiades has asked the Greek government to push Turkish President Recep Tayyip Erdogan to agree to preparatory meetings on security and guarantees, prior to a potential international summit on the Cyprus issue.
Erdogan is scheduled to arrive in Athens later this month on an official visit, the first by a Turkish president since 1952.
During a meeting between Anastasiades and Greek PM Alexis Tsipras in Athens, the Greek government agreed to discuss the issue of preparing for an international summit, particularly on the thorny issues of security and guarantees, with Erdogan.
“A joint national line is required, in order to achieve a fair and viable solution to the Cyprus problem,” Tsipras told reporters after the one-hour session. Earlier, Anastasiades met with Greek president Prokopis Pavlopoulos.
After the meeting, Anastasiades argued that a solution to the Cyprus problem would not only be a model for co-habitation and peaceful co-existence between Christians and Muslims, but also an incubator of regional stability.
“We tried hard for a solution, but Turkey’s insistence on keeping troops on the island will turn our country into a vehicle to serve its interests,” Anastasiades said.
“Through dialogue we will continue to seek a solution within the parameters laid down by the secretary-general of the United Nations, and with respect to European and international law.”
Source: CNA