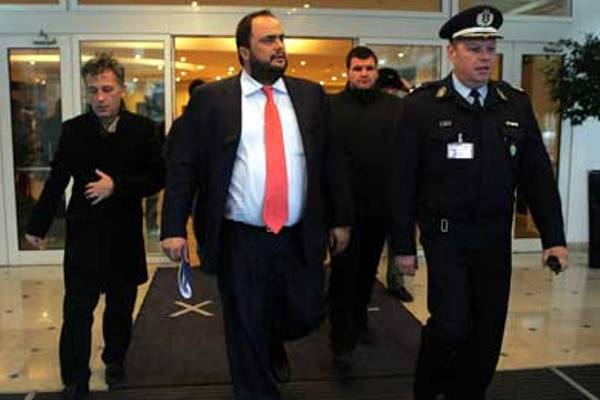 The biggest football scandal in Greece, dubbed “Koriopolis”, is finally reaching the courts following 6 years of police investigations, leaked wiretapping and endless judicial maneuvering.
Twenty-eight officials of Greek football, including Olympiakos club president Vangelis Marinakis, are being ordered to stand trial over rigged games charges at a criminal appeals court in Athens.
Marinakis, who was facing four charges originally, including one for the formation of a criminal enterprise, will be standing trial only on the charge of manipulating the results of a game.
Despite one prosecutor’s proposal asking for four charges including the formation of a criminal organization, the appeals judges decided to try some of the officials on the charge of forming a gang, which constitutes a misdemeanor.
Those falling under this category, besides Marinakis, include, former Greek Football Federation president Giorgos Sarris, officials Theodoros Kouridis, Aristidis Stathopoulos, Ioannis Papaconstantinou, Nikolaos Prountzos, and former referees Giorgos Douros, and Athanasios Briakos.
According to the law, Marinakis is now obligated not only to step down as Olympiakos club president, but also to pass on his club stocks to another party. He is not permitted to have any official capacity or other involvement in football while being charged.
The scandal broke out in the summer of 2011, when police wiretapping of conversations between football officials and referees were first leaked to the press.
After a series of court delays and legal back-and-forth’s, the case that has shaken football fans and generated  numerous conspiracy theories in the press, is finally going to trial.