UNESCO: Every Person Must Visit these 18 Greek Monuments 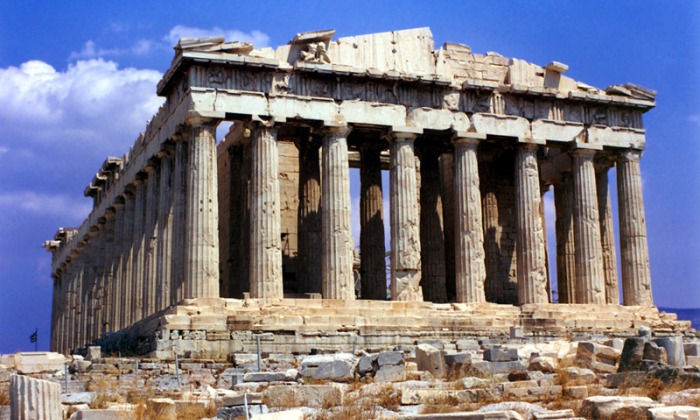 The Acropolis: The Parthenon and the other buildings on the Athenian hill – known also as “the sacred rock” – are masterpieces of classical architecture. Completed in 5th Century BC, they are still influential in blending harmonic architecture with natural surroundings. 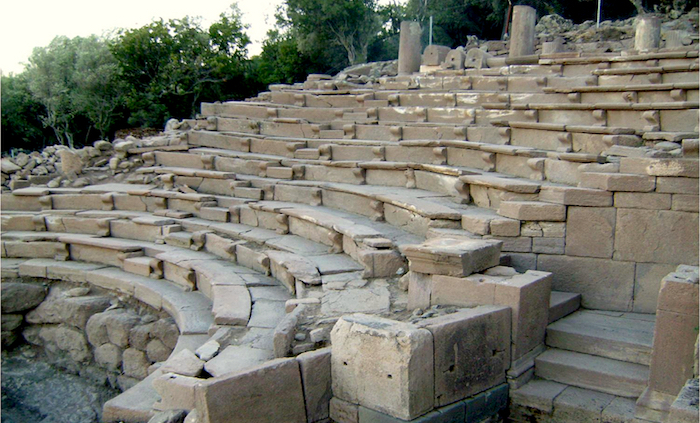 Aigai (modern-day Vergina): The first capital of the Kingdom of Macedon, home of Alexander the Great, and burial ground of his father, Philip II of Macedon. It is decorated with mosaics and stuccoes and has a burial ground with over 300 and remains that are fairly well-preserved. 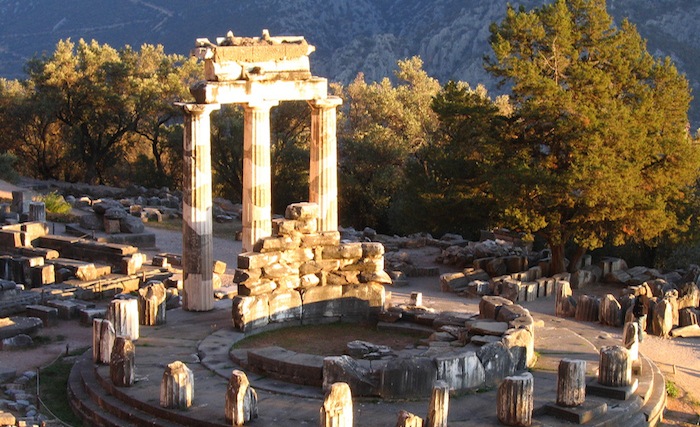 Delphi: The sanctuary of Delphi, home of the oracle of Apollo, sits at the foot of Mount Parnassus. It was the spiritual center of the Greek world. 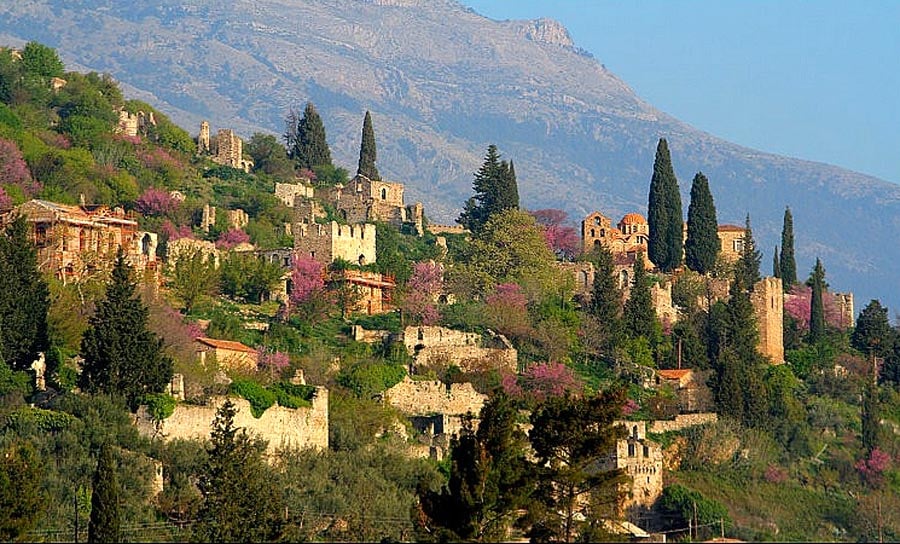 Mystras: The well-preserved medieval city of Mystras played a central role in the final years of the Byzantine Empire. 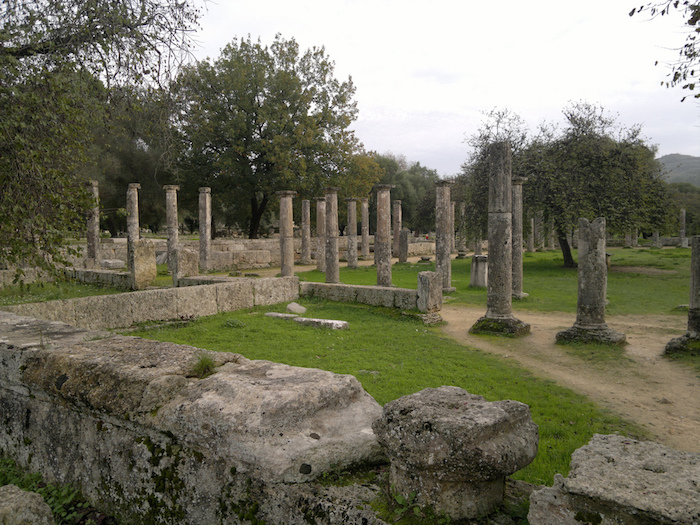 Olympia: The location of the ancient Olympic Games in Peloponnese beginning in 776 BC. In addition to numerous temples and sanctuaries, it contains the remains of its famous stadium. 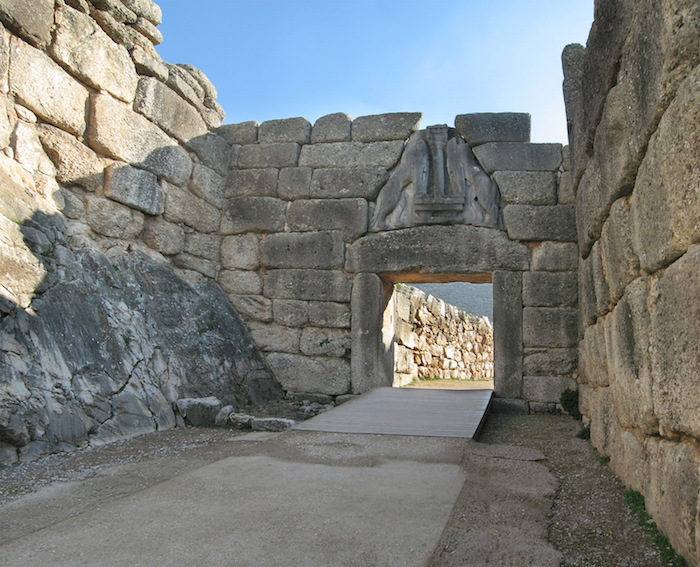 Mycenae and Tiryns: The most important cities of Mycenean Greece, flourishing  between the 15th and 12th centuries BC. The Lion’s Gate and Treasury of Atreus at Mycenae have been listed as “outstanding examples of human creative genius”. 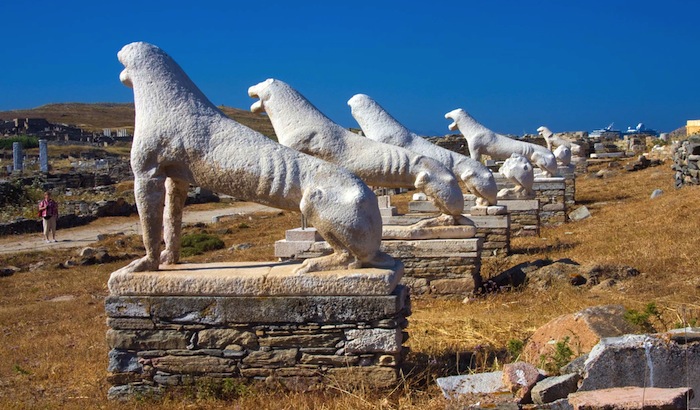 Delos: The sacred island that was the birthplace of Apollo and Artemis, according to mythology. Other than a pan-Hellenic sanctuary, was also a prosperous trading port. 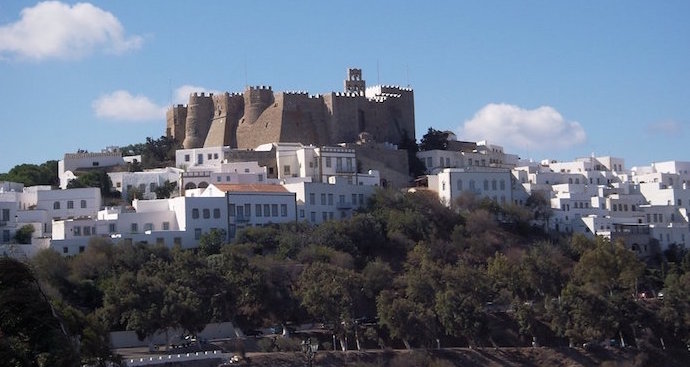 Monastery of Saint John: The island of Patmos is believed to be the place where Saint John the Theologian wrote his Gospel and the Apocalypse. The monastery was founded in the 10th century and has served as a place of pilgrimage. 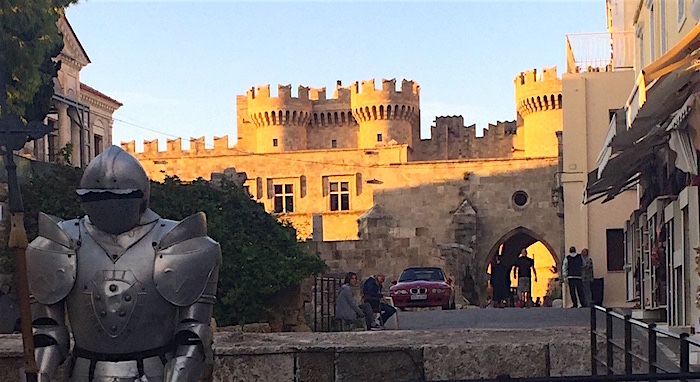 Medieval City of Rhodes: Built by The Order of St John of Jerusalem, it is one of the most impressive urban complexes of the Gothic period. 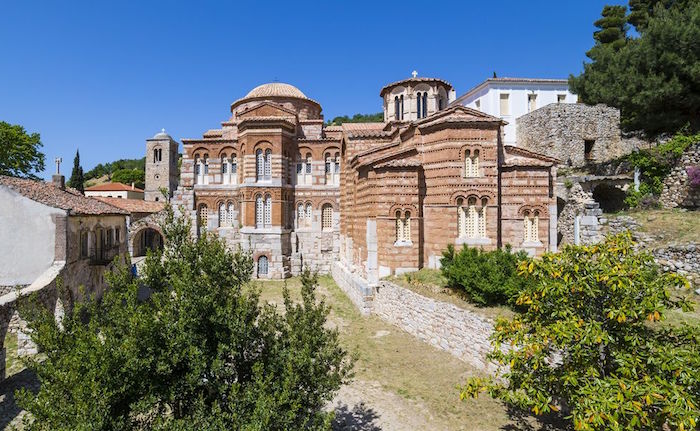 Monasteries of Daphni, Hosios Loukas and Nea Moni of Chios: The three monasteries in three different locations share the same aesthetics. Lavishly decorated in the 11th and 12th centuries are all exquisite examples of the ‘second golden age of Byzantine art’. 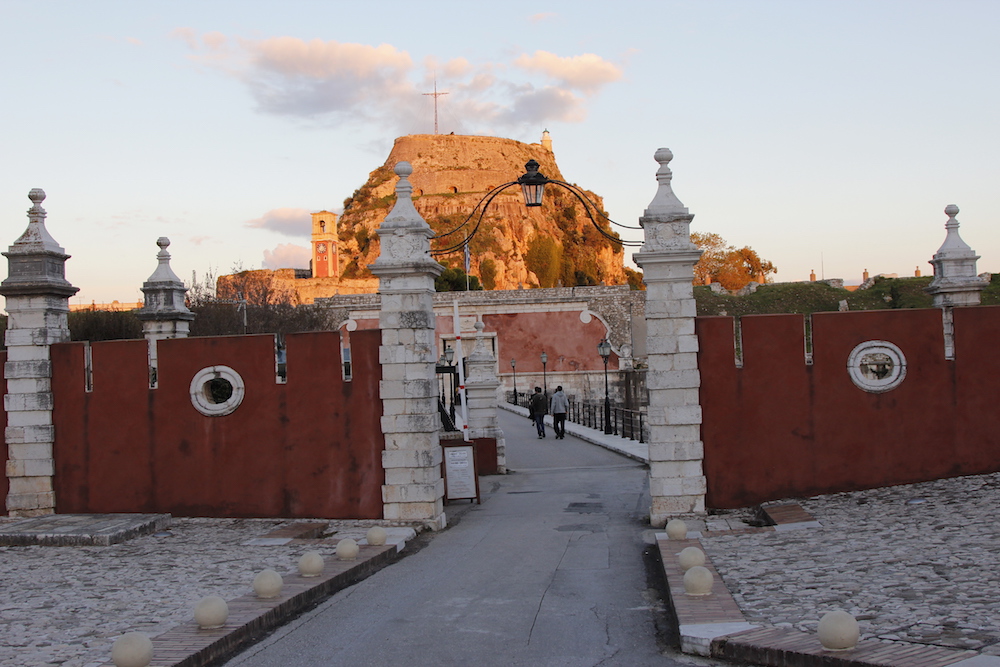 Old Town of Corfu: Strategically positioned at the entrance of the Adriatic Sea, the Ionian island had three forts designed by renowned Venetian engineers to protect the maritime trading interests of the Republic of Venice. 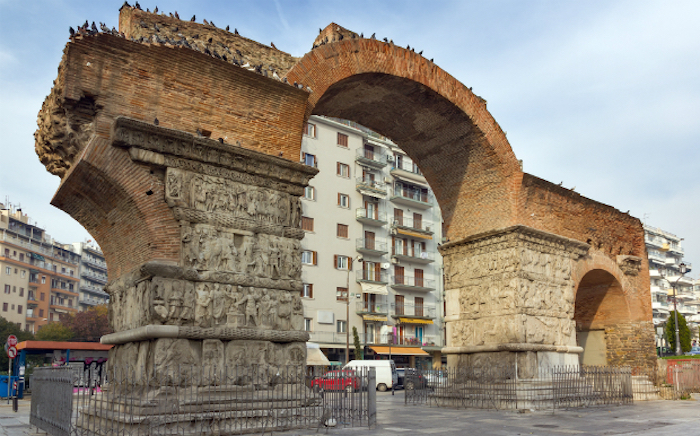 Paleochristian and Byzantine monuments of Thessaloniki: Fine churches built from the 4th to the 15th century. 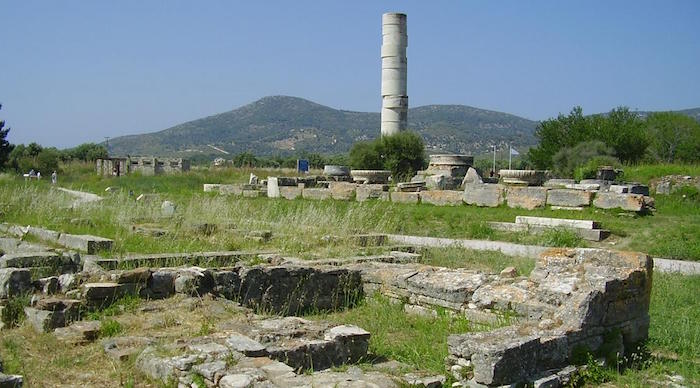 Pythagoreion and Heraion of Samos: Pythagoreion was an ancient fortified port, marked by several civilizations that inhabited the Aegean island since the 3rd millennium BC. Heraion was the temple of the Samian Hera.

Sanctuary of Asklepios at Epidaurus: The shrine of Asklepios, god of medicine, was built during the 6th century BC at the latest. The temple of Asklepios, the Tholos and the Theatre – considered one of the purest masterpieces of Greek architecture – dated from the 4th century. 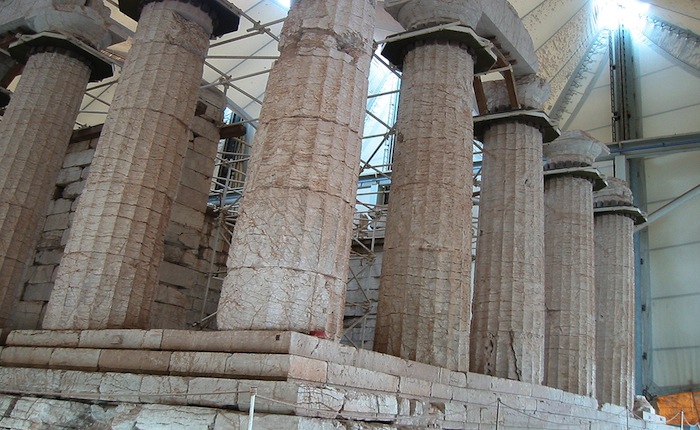 Temple of Apollo Epicurius at Bassae: The temple to the god of healing and the sun was built towards the middle of the 5th century BC. It stands in the heights of the mountains of Arcadia. 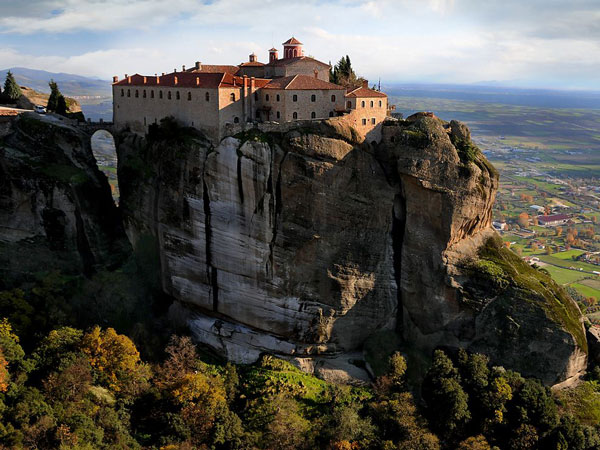 Meteora: The inaccessible sandstone peaks, like ‘columns of the sky’, host monasteries from the 11th century onwards. Twenty-four of these monasteries were built, despite incredible difficulties, at the time of the great revival of the eremetic ideal in the 15th century. 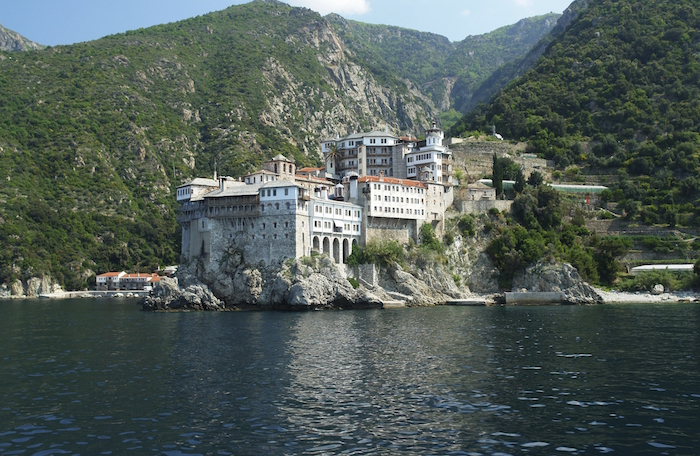 Mount Athos: An Orthodox spiritual center since 1054, Mount Athos has enjoyed an autonomous statue since Byzantine times. There are about 20 monasteries inhabited by some 1,400 monks. The ‘Holy Mountain’, which is forbidden to women and children, is also a recognized artistic site that has influenced Orthodox art. 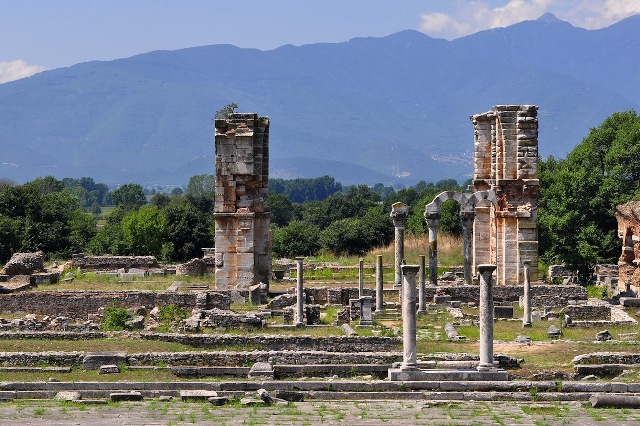 Philippi: The walled city in the present-day region of Eastern Macedonia was founded in 356 BC by the Macedonian King Philip II. Later the city became a center of the Christian faith – following the visit of the Apostle Paul – as the remains of its basilicas testify.