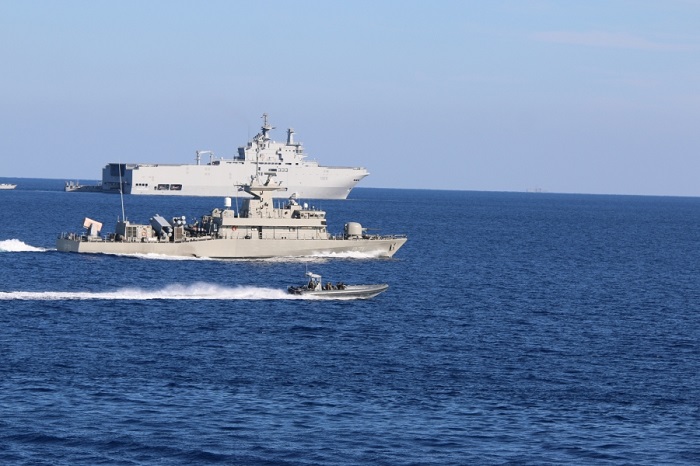 Turkey on Thursday warned Greece for allegedly conducting an illegal joint military exercise with Egypt at the Greek island of Rhodes.
In a written statement, Turkey’s Foreign Ministry said it learned that Greece and Egypt are conducting a joint amphibian attack exercise from Oct. 30 – Nov. 4 at Greece’s Rhodes island according to information received from Turkish military sources.
The statement said the 1947 Treaty of Paris prohibits any kind of military education activities on Rhodes island, which was transferred to Greece from Italy after World War II on the condition of being disarmed.
“Therefore, this military exercise conducted on Rhodes is an open breach of international law,” the statement stressed.
The statement said they have conveyed warnings to the Greek Embassy in Ankara and reminded them of the importance of avoiding one-sided acts that will increase tensions in the Aegean Sea.
“In this framework, we stress our expectation from Greece to avoid hostile acts and acts against international law, and we invite third parties not to be partners to these kinds of violations of Greece,” the statement added.