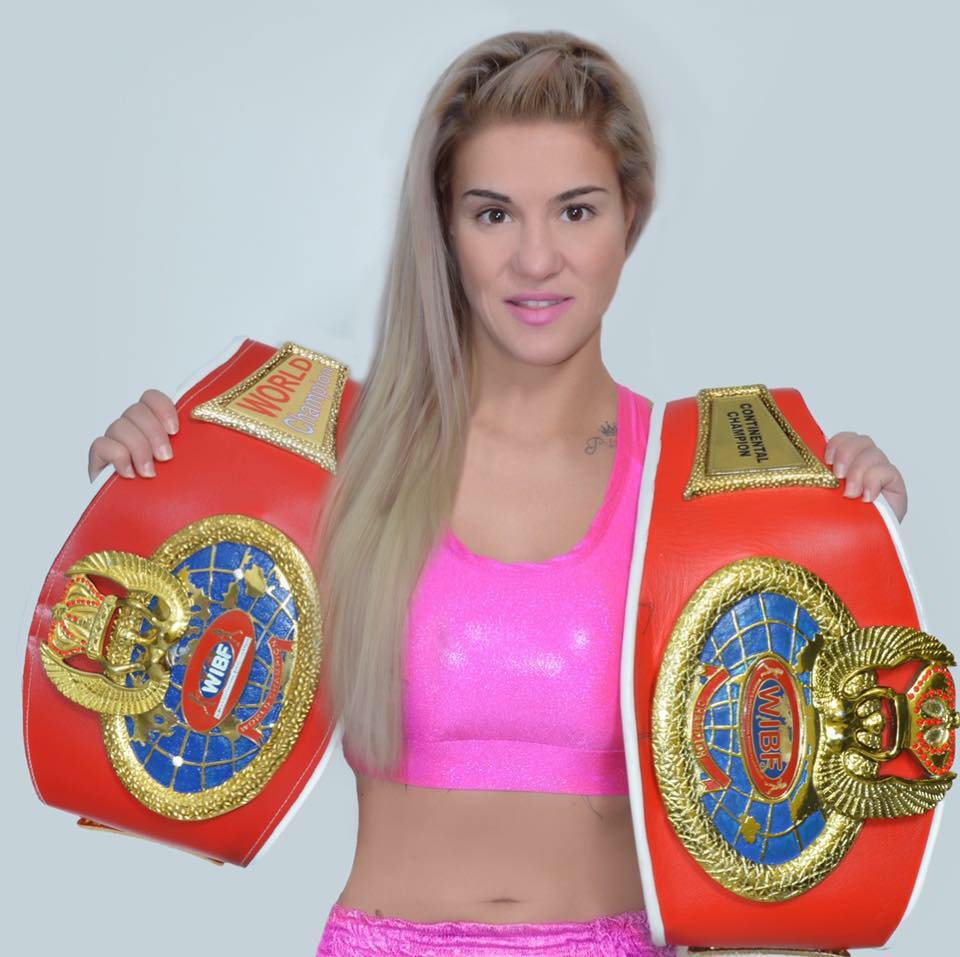 Kourouni is the reigning WIBF and GBU Female World Super-Featherweight Champion with a record of 8 fights, 7 wins and 1 KO. She’s not just good with fists, she can also fight with her feet having competed in kickboxing and MMA to a high level, with a world title and her K1 record reading an incredible 50 fights and 49 wins. 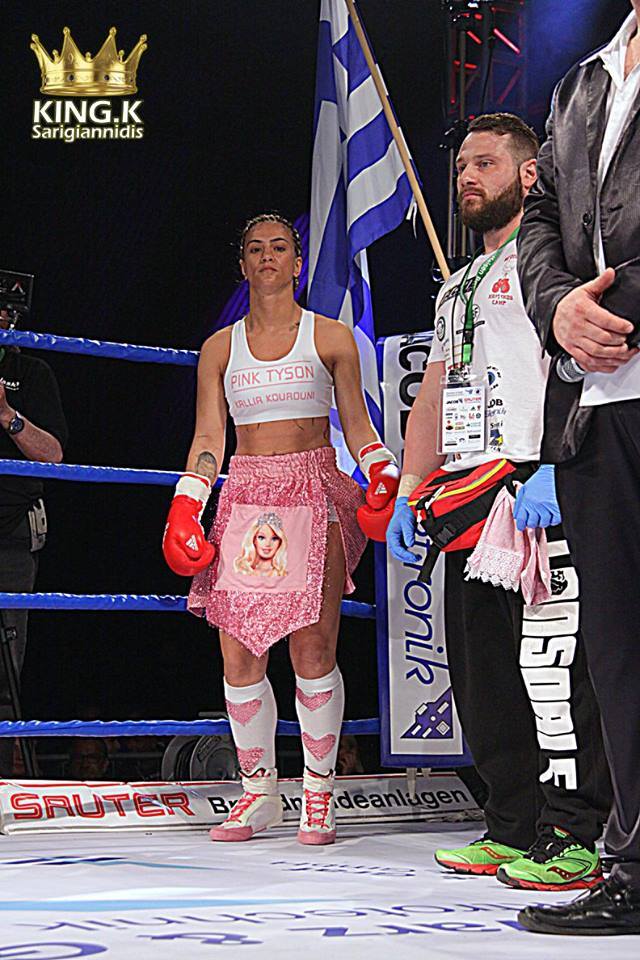 With all Kallia’s fights taking place in Germany; bar one in Switzerland, Pink Tyson is now basing herself in London as she focuses on the next stage of her career which will be campaigning on British soil. 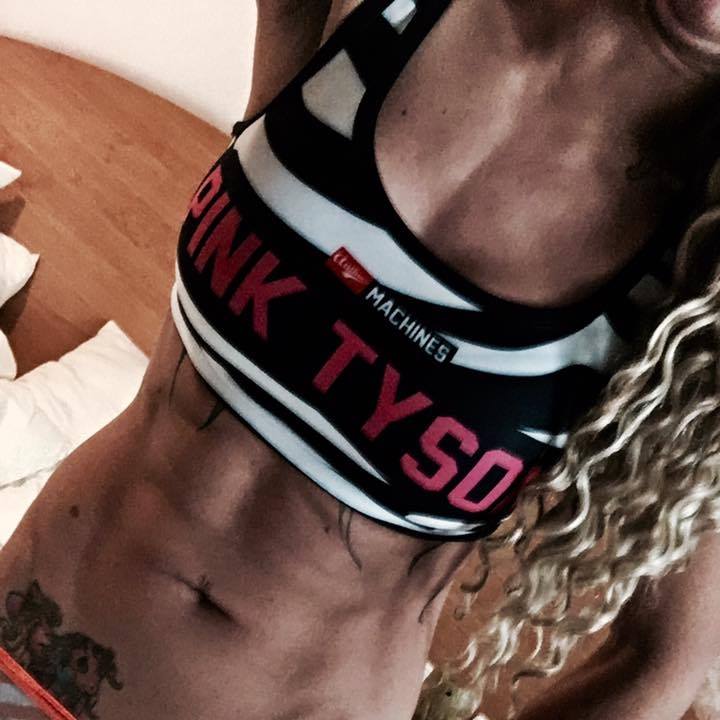 Her nickname; Pink Tyson, is a cross between Pink (for her feminine and sweet side outside of the ring) and Tyson (for her fearsome and menacing side in the ring) and she’s set to rock the female boxing world.

Her first goal was to take part in the Olympic Games but, due to the financial crisis in Greece, there was no financial support for her to participate in the Pre-Olympic Tournament. 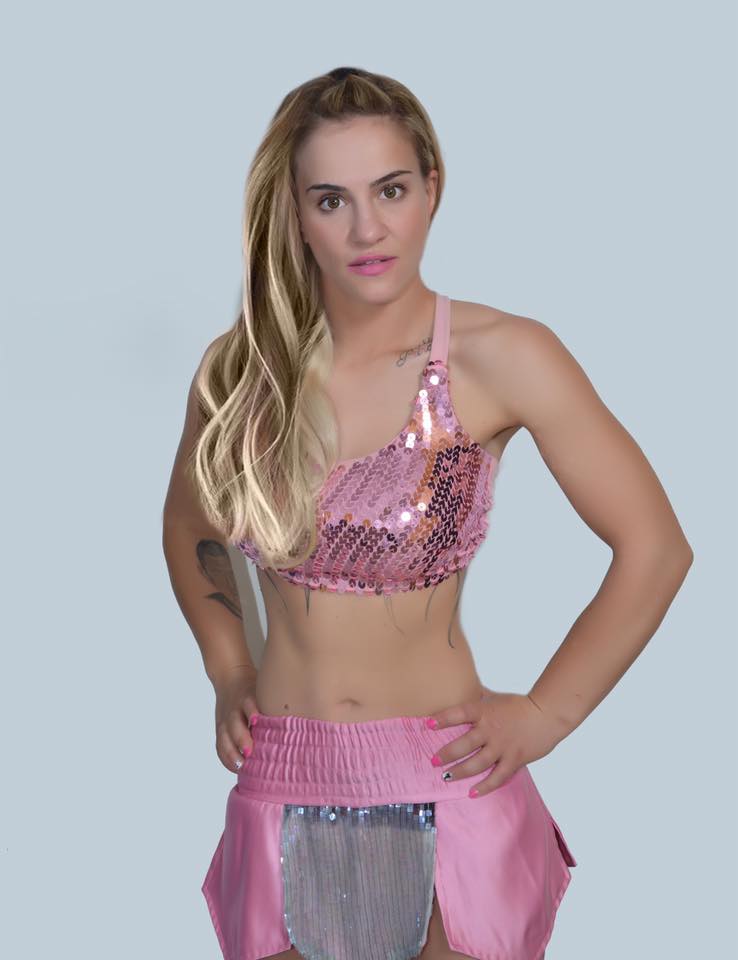 Then, in an AIBA World Boxing Championship in Cyprus, a German manager saw her and encouraged her to try out for professional boxing, which suits her best because of her strength and trademark “power punches.”

Kourouni has graduated from acting school and is actually a dance instructor, but her real passion is boxing and her ambitions are limitless. “I want to become a legend, mainly in professional boxing, and wear the six world boxing belts,” she says.

“I am also aiming at being number one in sparring in my category. Last but not least, I want to be world champion in many different weight categories.”