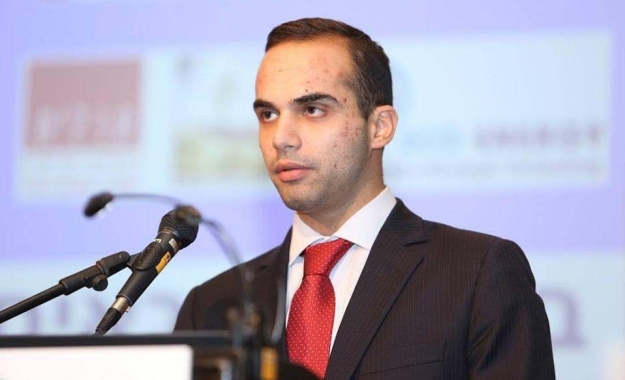 Teaching an American presidential politics class this fall has been quite an exhilarating academic journey. Teaching it as a Greek American, another matter entirely. The cascade of heroes and villains, poets and warriors rising from the pages of mythology now begin unveiling the single most powerful lesson of our modern political drama; the ancient element of ὕβρις or hubris.

Icarus flew too close to the sun as has his most recent disciple, George Papadopoulos.
#MuellerMonday as this 2017 Halloween Eve will long be remembered, introduces a decidedly Greek spin.  The explosive news that President Trump’s former foreign policy advisor George Papadopoulos of Chicago pleaded guilty earlier this month (the filing was sealed until today) to charges of lying during his January 2017 grand jury interview about his contact with an elusive Russian professor.  Equally incriminating is the allegation from prosecutors that Mr. Papadopoulos obstructed their inquiry by deleting a Facebook page that would have revealed his contacts with Russians not long after learning of the investigation. 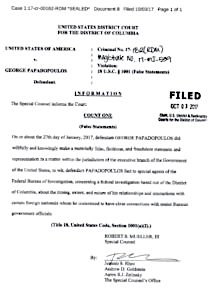 This is where this gets fantastically fascinating while deeply unsettling for me, personally.  As I am a Greek professor from Chicago.
The newly launched Wikipedia page on Mr. Papadopoulos and his personal LinkedIn page share his curriculum vitae in clinical terms.  What isn’t revealed is how Mr. Papadopoulos – a student of politics and government – clearly missed his class on nineteenth-century manifest destiny, contemptuously ignoring his collusion in a dark and deliberate operation of Russian ties to the Trump Administration. That is a fact beyond litigating, since his plea insinuates him into one of the most spellbinding clefts of political espionage in recent American history.
It also fails to capture the quintessentially Greek American dynamic of celebrating any Greek who rises to the top of the political food chain.  Regardless of, and recklessly ignoring, how that particular Greek rose to the top.
First it was the effusive praise Greek Americans sprinkled like holy water on Reince Priebus, also a former Trump advisor and one of the shortest tenured White House Chiefs-of-Staff in U.S. history.  No matter that Mr. Priebus was materially responsible for enabling the Trump campaign in his role first as RNC Chair and later as Chief-of-Staff. Now under a Justice Department investigation himself, there is far less extravagant praise for Mr. Priebus from the Greek American community than during those halcyon days….of a few months ago.
Now it is Mr. Papadopoulos who will see Greek Americans once praising his ascendancy disavow any connection with the 30-year old policy advisor.  Who Sarah Huckabee Sanders referred to in her daily press conference today as nothing more than a mere “volunteer.” Directly contracting the indictment charges filed against him. And dangerously ignoring the very real possibility that charges against Mr. Papadopoulos will likely increase as the investigation now goes into hyperdrive.

Within an hour of today’s news, Trump unsurprisingly tweeted his outrage that Hillary Clinton is not the one under investigation, consummate president that he is.  The man who DEMANDS loyalty from everyone around him is now beginning to show just how reciprocal that loyalty is when criminal charges get filed.

While Trump may do well to revisit his approach to denying his praise of former colleagues facing 10- 20 years in federal prison, Greek Americans too should consider today’s news as what professors refer to as a “teachable moment.”   Be cautious when you see a conga line of vowels in a political name rising to the top, too quickly, too capriciously, too fantastically.  Just because the person of interest is Greek doesn’t mean they are ethical, noble, or honorable. Because when we neglect to do our homework, or celebrate Greeks solely because they are Greek –  knowing nothing about their professional ethics, work or reputation – we enable unethical behavior ourselves.

Instead, we might all do well to honor the vital importance of social justice in its myriad forms, as manifest through the people and institutions we support.  To be vigilant in our efforts to uncover truth and justice amidst an intensifying global zeitgeist for both.  To reserve our praise for fellow Greeks whose work we know, instead of conferring tributes solely for culturally crystalized reasons.

Elia Kazan’s line “Greek by blood” from his film America, America doesn’t mean righteous by default.  One can only wonder if Mr. Papadopouolos will channel Mr. Kazan – who in 1952 infamously named eight actors of the Communist Party before the House Un-American Activities Committee – and also name names.