GRNews
GreekReporter.comGreeceHellenic Air Force: Turkish Provocations on the Rise in 2017

Hellenic Air Force: Turkish Provocations on the Rise in 2017 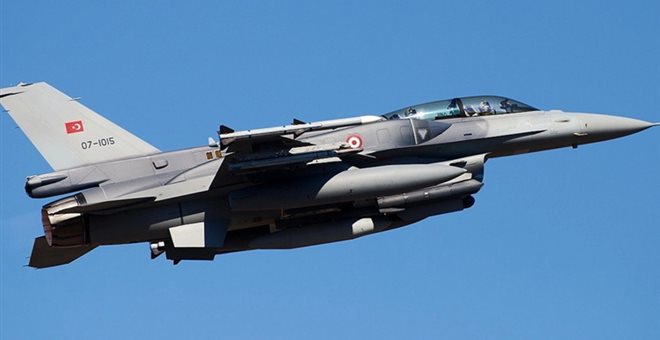 The Hellenic Air Force released figures that show that 2017 was the year that Turkey did the most violations of Greek airspace.
Compared to last year, the armed Turkish warplane formations that entered the  Athens FIR without warning tripled, while the Greek-Turkish simulated jet fights doubled.
From January 1st to October 22nd, 2017, a total 1,147 Turkish aircraft violated the  Athens FIR. At the same time, 944 infringements of air traffic regulations were recorded in the Athens FIR and 2,847 violations of national airspace have been recorded. The armed formations were 237, the interceptions by Greek aircraft recorded were 167, while 36 flights of Turkish fighter jets over Greek islands were recorded.
In 2016, the numbers were lower: 1,016 Turkish warcraft entered Greek airspace, there were 902 air traffic regulation infringements in the Athens FIR and 1,671 violations of national airspace were conducted. The armed formations were 86, the number of simulated fights were 68, while 57 flights over Greek islands were recorded.