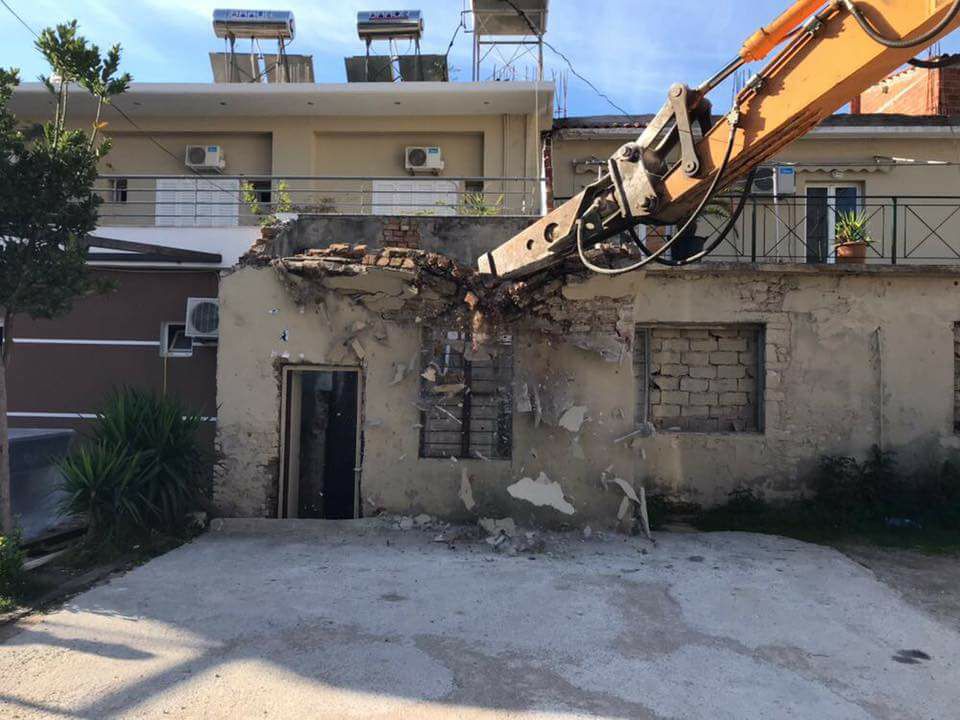 Greeks of Himara reacted, as massive police forces arrived in the area on Tuesday in order to help with the implementation of the project to demolish Greek homes and businesses.

Several houses and businesses that belong to Greek minority residents are to be demolished as part of an urban regeneration plan decided by local authorities, in order to boost tourism in the seaside town.

Although a recent decision by the Administrative Court of First Instance ordered the freezing of demolitions, on Tuesday morning bulldozers tore down a Greek-owned gas station. Authorities claimed that the building was not included in the court list.

Minority Greeks reacted and tried to block further demolitions. The  Greek Embassy in Tirana and the Greek Ministry of Foreign Affairs were duly notified.

Himara Greeks claim that the Edi Rama government aims at forcing Greek expatriates out of the land by depriving them of financial resources. Albanian authorities systematically try to close down their businesses and kick them out, they claim.

Reportedly, the owner of the gas station that was demolished was arrested.