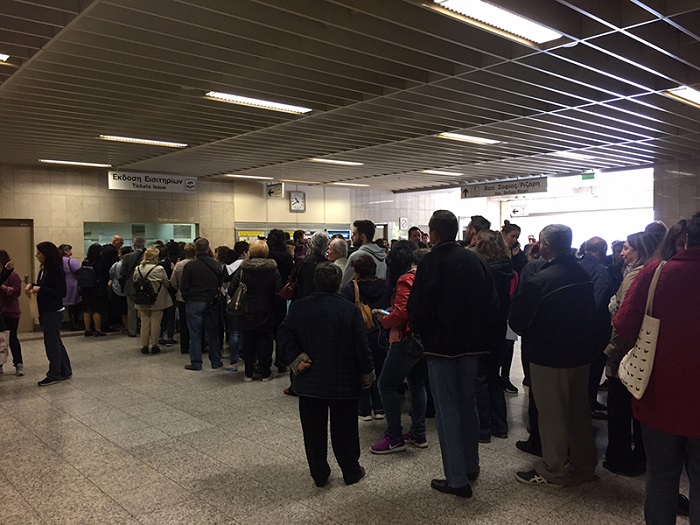 Tens of thousands of Athenians wait in long lineups every day to get the new personalized electronic pass cards for the public transport system, or in other words, to pay their toll to the Greek Bureaucracy Beast (GBB).
In order to get the new electronic card to make their lives easier, Greeks will have to: bring a passport-size photo; a public document certifying their social security number; get a printout of the QR code; fill out a form with their name, surname and address, and specify where the personalized card will be sent by post.
The application file has to be submitted to any subway or tram station ticket booth and then the passenger will have to wait to receive the electronic pass card by mail. After receiving the card, the user will have to go to the special fare loading machines or station ticket offices and load the cards with the amount they want (daily tickets, monthly passes and so on). One has to wonder how long those lineups will be each month.
Transport and Infrastructure Minister Christos Spirtzis appeared on Skai television on Sunday saying that 10,000 electronic cards are issued daily and publicly apologized to hundreds of thousands of public transport passengers. He said though, that once the new cards have been issued, users will be able to reload them in the new ticket issuing machines without having to stand in line. Wow, that’s a promise! A Greek can get something that is state-related without having to wait in line. That’s a lie, a cynic (or realist) would say.
Spirtzis promised that the situation will be ‘normal’ soon, adding that passengers with the old passes will be able to use them until November 5, or November 15 for those who expect to receive them in the mail.
Asked when the electronic ticket system will be fully launched, the minister said it will go into full effect in November, when the turnstiles go into operation.
The ridiculousness of the whole electronic pass saga started over a year ago. In early 2016, the new electronic ticket-reading machines were installed in all tram and subway stations and all buses. Turnstiles were installed in all subway stations at the same time. Spirtzis had promised that the new ticket system will go into effect in September 2016, but with things always being late in Greece, the new system is to go into effect in November.
Judging by the insanely long lines, it will be a miracle if the system will be up and running smoothly by the end of the year. Public transportation employees complain that the public transport ministry was unprepared to make the transition and now; for some reason, is rushing things. The employees even went on strike to protest the sloppiness of the whole endeavor.
The case of the electronic pass for public transportation shows that no matter how many Memoranda Greek governments sign, or how many more years the crisis will last, the GBB will never go away; it will keep sucking the blood of Greeks. 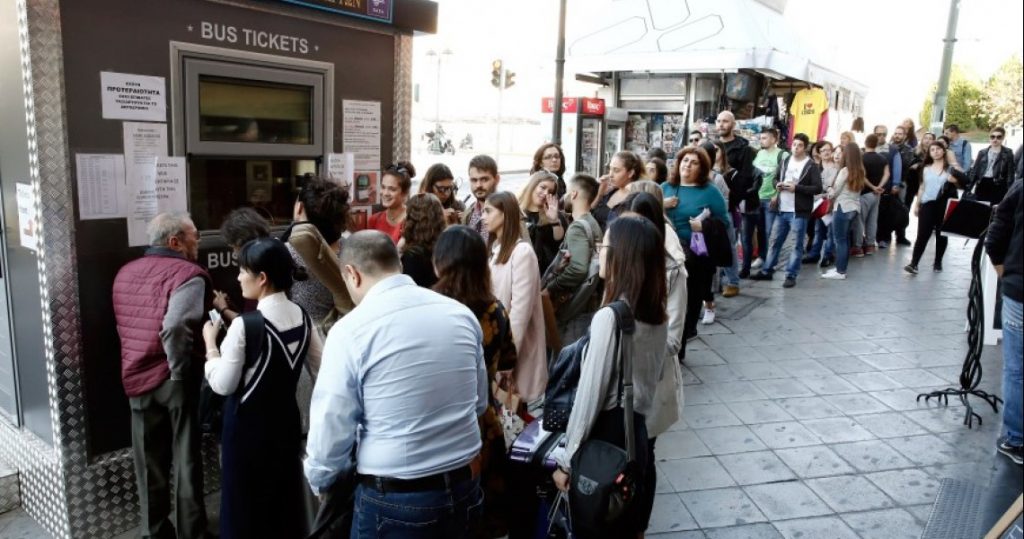