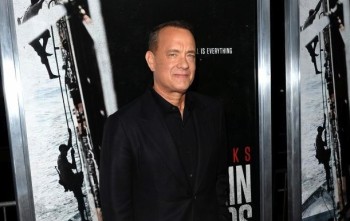 Tom Hanks is always balancing his film projects between crowd-pleasers like the Dan Brown-book based films, prestige films such as “Sully”, and more independent, uniquely-concepted movies that personally interest him. His upcoming film “Bios” seems to fall right into the latter category.

Under the direction of Miguel Sapochnik, who helmed some of “Game of Thrones” most critically acclaimed episodes, including “Battle of the Bastards” and “Hardhome”, Tom Hanks will play the ailing creator of a robot that roams a post-apocalyptic earth in order to protect Hanks’ character’s dog.

Slated to begin filming in early 2018, the movie seems based on a simple yet strange premise; the filmmakers emphasize that the story will focus on the robot’s learning and adaptation of human behavior such as love, friendships, and the meaning of life, and explore wider concepts through the setting and storytelling.

The premise sounds refreshingly intriguing and original, and we will keep audiences updated when the movie has finished filming and is slated for release.