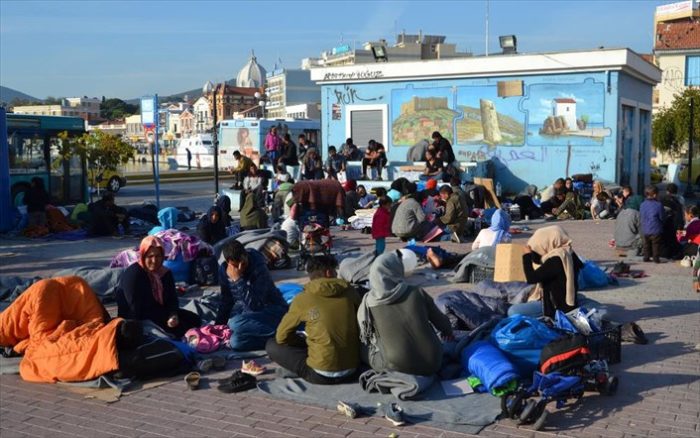 A group of Afghani nationals in Lesvos started a hunger strike on Friday, requesting that the Greek government grants them asylum in the country, or else be allowed to travel to another European city.
The migrants, who have been staying on Sapfous square in Mytilene since last Saturday to avoid the overcrowded conditions at the registration center of Moria, said in an open letter they decided to take this step to “defend their dignity”.
“We give the Greek government and the UNHCR four more days to set us free, before others follow our example. In this cradle of supposed democracy, you are forcing us to stitch our mouths and start a hunger strike and the only reason for that is to defend our dignity and freedom,” they said.
(Source: ana-mpa)