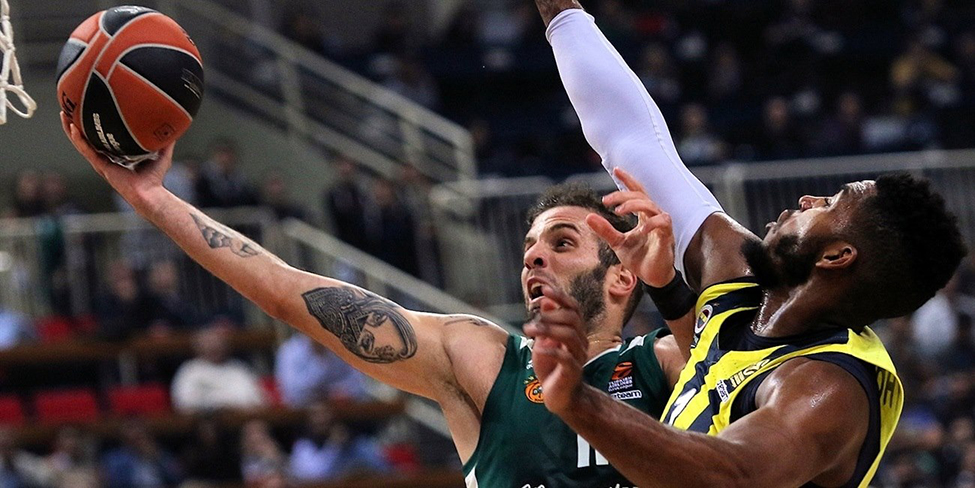 In a rematch of last year’s playoffs series, a thriller that went all the way down to the final buzzer, Nikos Pappas hit a three-pointer with 1.2 seconds on the clock to lift Panathinaikos to a thrilling 70-68 win over visiting Euroleague title holders Fenerbahce Istanbul in Game 4.
In the first 39 minutes of the game, Panathinaikos had only one, brief first-quarter lead, as Brad Wanamaker and Nicolo Melli paced the visitors.
Fenerbahce kept in front in the second half, but did not gain separation before Pappas went to work, scoring 9 of his 24 points in the final 2:30 of the game, including a game-winner.
Nick Calathes contributed with 12 points, 6 assists, 4 rebounds and 3 steals in victory, as no other Greens’ player scored more than 6 points. With nine consecutive points and an impressive steal in the last minutes, Pappas was voted MVP of the game.
Jan Vesely scored 15 points for Fenerbahce, Melli collected 14 points, 8 rebounds and 3 assists, while Wanamaker had 14 points, 7 rebounds and 3 steals. Luigi Datome netted 13 points in defeat.
After 4 games in the tournament, both Panathinaikos and Fenerbahce share two wins and have two defeats each.