Former German FinMin: I Told Tsipras Why I Wish he Loses Election 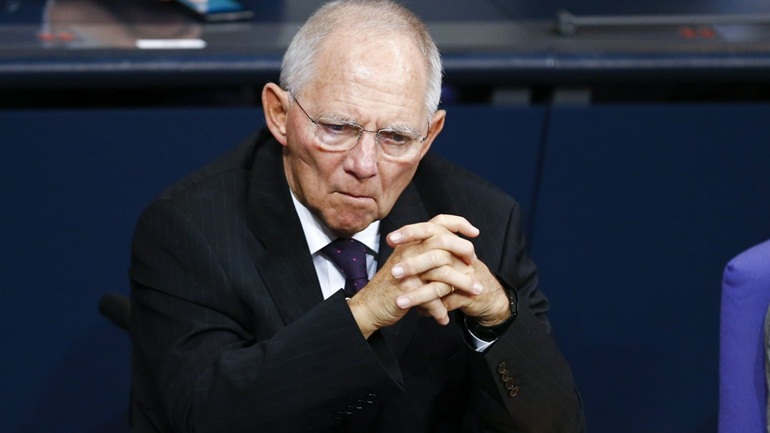 Former German finance minister Wolfgang Schaeuble said that in 2014 he told Alexis Tsipras that he wishes him to lose in the 2015 election because he could not stay true to his promise to keep Greece in the eurozone unconditionally.
In an interview with Skai television aired on Tuesday, Schaeuble, who is now Germany’s House Speaker, recounted the time when SYRIZA leader Tsipras had visited Berlin and told him that he was planning an “election campaign promising that Greece would remain in the euro but without a rescue plan.”
“I replied that I wish him for his own good to not win the election, because he could not keep his promises to the Greek people. If Greece were to stay in the eurozone, it would have to reform,” Schaeuble said.
He added that at the time; although the Greek economy had begun to stabilize, then prime minister Antonis Samaras had called for a break in the reforms because the resistance in Greece was great and there was the prospect of dissolving the House due to the inability to elect the President of the Republic.
Regarding the allegation that Schaeuble had proposed that Greece should leave the eurozone temporarily, he said he did not propose that after the 2015 referendum. However, he explained that during that period the “vast majority” of eurozone finance ministers, “virtually all”, believed that a temporary Grexit with the support of the European Commission would be better for Greece.
Greece eventually stayed in the eurozone because the Tsipras government finally decided to sign a new memorandum and call for elections to validate the shift in its policy, Schaeuble said.
The former minister clarified that he no longer sees any reason for Greece to leave the monetary union. “The term Grexit always refers to those times when Greece could have made the decision to leave. Since it has decided to stay, and because of  the present situation, thanks to the positive developments, it is not necessary to do so, therefore the issue should not be raised again,” he said.
Schaeuble also appeared to oppose the prospect of relaxing the target for a primary surplus of 3.5% of GDP by 2022, although he said, he leaves the debate of the issue to his successors.
When asked to say when the “nightmare” for Greece would end, the German politicians was laconic: “But I believe it is over, in 2017 evidence shows that things are recovering.”