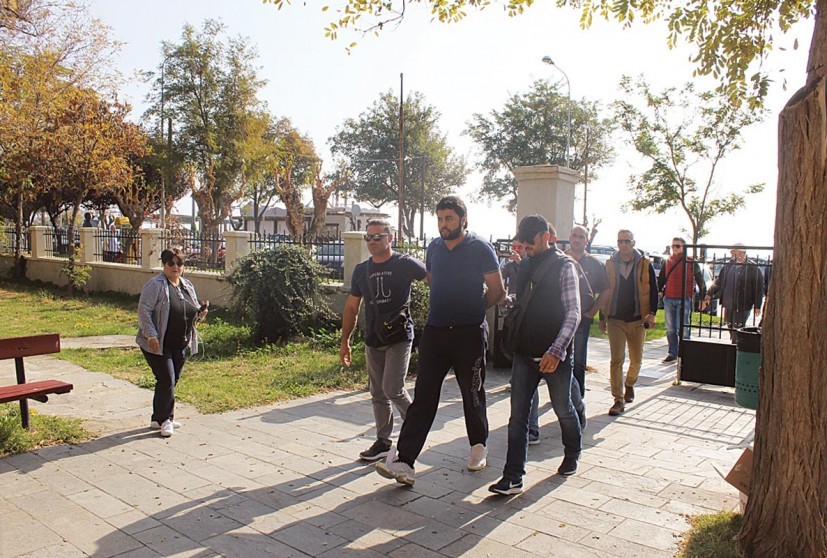 The 32-year-old Syrian arrested in Alexandroupolis on suspicion of being an Islamic State fighter denied all allegations and claims he belongs to the Free Syrian Army fighting against Bashar al-Assad.
The man who has videos of atrocities in his cell phone claims that in one of the videos he is injured and that is proof that he is not an ISIS jihadist.
The video in question is posted on the Youtube website, as the 32-year-old personally informed his lawyer, Triantafyllia Tsioulpa, and is expected to be filed on Monday, when he will appear in front of the prosecutor.
Alexandroupolis police officers told reporters that the videos in the suspect’s cell phone are truly shocking, even to the most experienced policemen. They show tortures and beheadings, much like the gruesome videos often posted by Islamic State fighters on the Internet.
In a short video, the 32-year-old Syrian and another man are shown torturing a young man. They laugh at their actions while the unlucky man is full of blood and begging for his life. The video suddenly stops. Police sources say there is a photograph in the cell phone showing the 32-year-old holding on display the victim’s cut head. The suspect claimed that the young man was beheaded because he had burned his home in Syria and the act was not related to ISIS.
“If I was an ISIS killer, they would not let me leave the Islamic State. I took my wife and my children and I was scared because I was afraid of my life. So I found myself in Greece. I do not agree with the whole interpretation of what happened because there are lies and ambiguities. Like, for example, I voluntarily participated in ISIS and killed whoever I hated. The photos found are a common occurrence in the Syrian war,” the 32-year-old said in his defense.
The man’s lawyer spoke on the e-evros website, saying, “None of these acts seem to be executed by the accused person while the corpse shown has been executed after a court order.”