GRNews
GreekReporter.comGreeceNGOs Call for Action to Prevent Refugees Dying from Cold in Lesvos 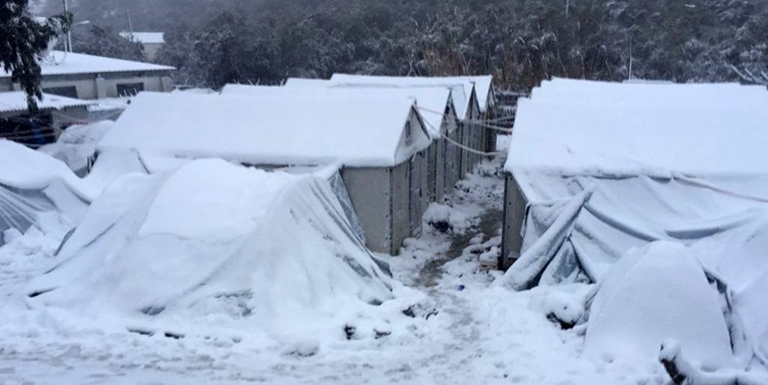 More than 100 solidarity groups and NGOs are calling for urgent action from the Greek local and national authorities to prevent more refugees from dying in the cold, as winter sets in once again.
Several places woke up on Thursday to find their neighbourhoods plastered with the emblematic picture of Moria camp on Lesvos, covered in snow last winter, while the collective has also launched a campaign on social media with the hashtag #opentheislands. 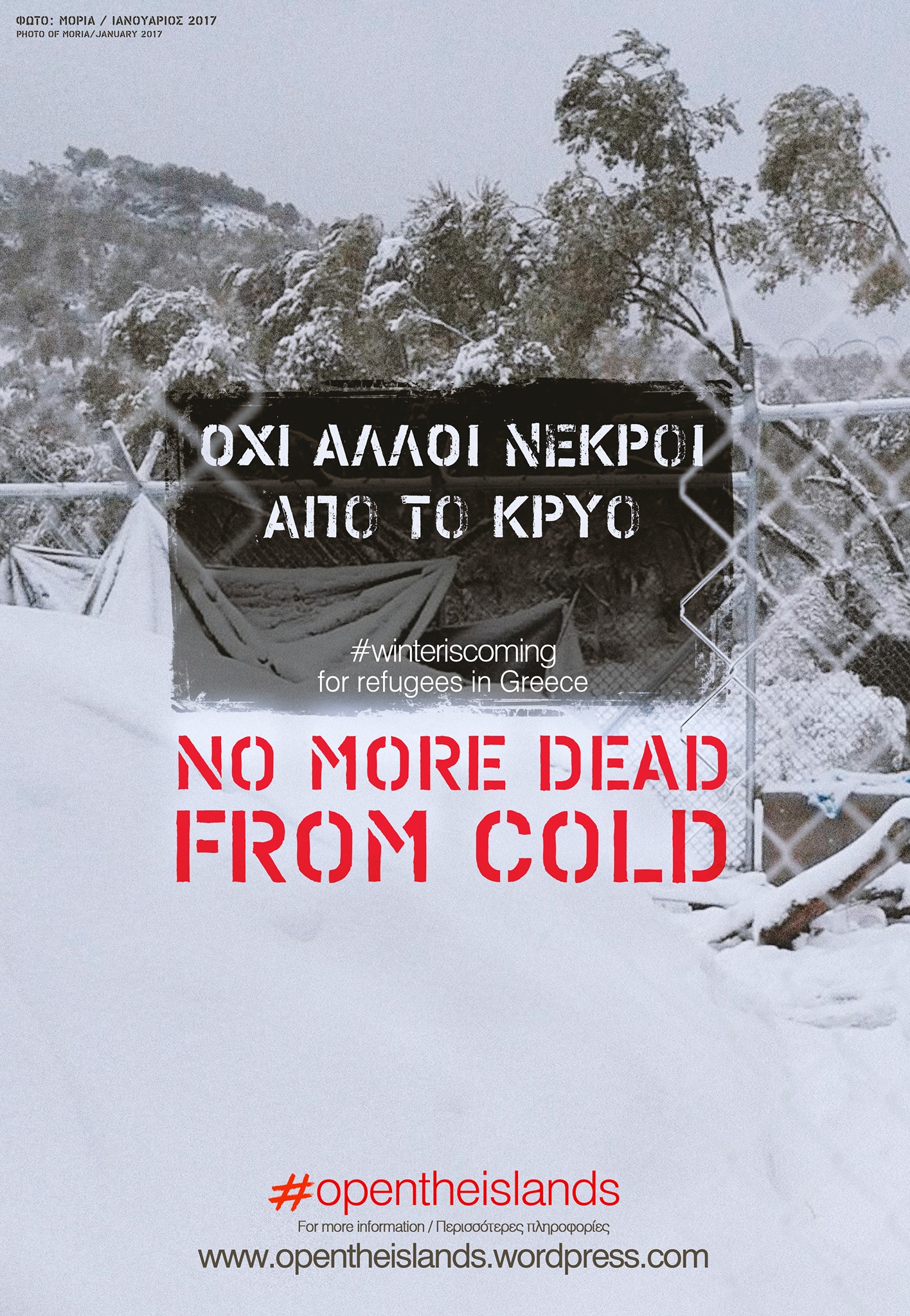 Six people who were seeking refuge and protection in Europe died in Moria last winter, their deaths linked to inhumane winter living conditions. Their families are still waiting for answers from the authorities.
The collective of solidarity groups and NGOs, expresses their shock and outrage at the current situation in the islands as winter sets in. Approximately 5000 people currently live in Moria camp, which has a capacity of around 2000.
This includes the seriously ill, the disabled, pregnant women, many children including unaccompanied minors, and survivors of torture and other trauma. Many now live in woefully inadequate summer tents and have to sleep on the floor on thin sleeping mats or blankets.
Source: Christian Peacemaker Teams