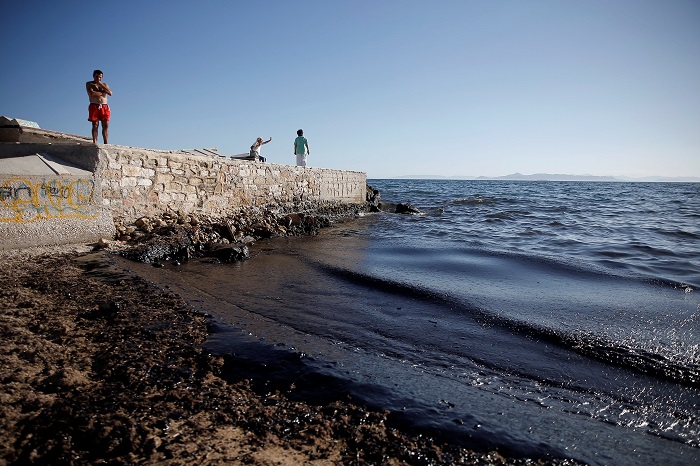 The Greek government said that the cleanup of a section of Athens coastline polluted by a large oil slick more than a month ago is almost over, and the remaining operation should be finished within days.
Merchant Marine Minister, Panagiotis Kouroumplis, declared the Paleo Faliro area oil-free on Tuesday. However, the local mayor said he would await the results of water quality tests before removing signs that ban swimming in the area.
All opposition parties have strongly criticised the government for making the “premature” announcement, claiming that while the sea surface may be clean, the sea bottom was still heavily infected.
The overall ban covers a 20-kilometer coastal stretch from Greece’s main port of Piraeus to Glyfada, further south. The ban was imposed after the Agia Zoni II; a small tanker, sank on September 9, while it was anchored in calm seas off Salamina island, near Piraeus.
The Merchant Marine Ministry said the rest of the affected coastline would be clean within days.
Source: AP