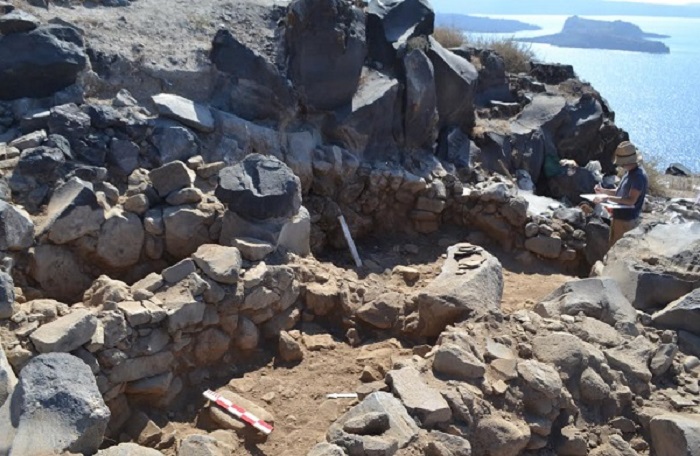 Greek archaeologists have continued their excavations at a prehistoric settlement on Thirassia; a small island of Santorini.
The settlement; discovered only a few years ago, is believed to contain many important clues of early Cycladic life, around the 3rd and early 2nd century BC. 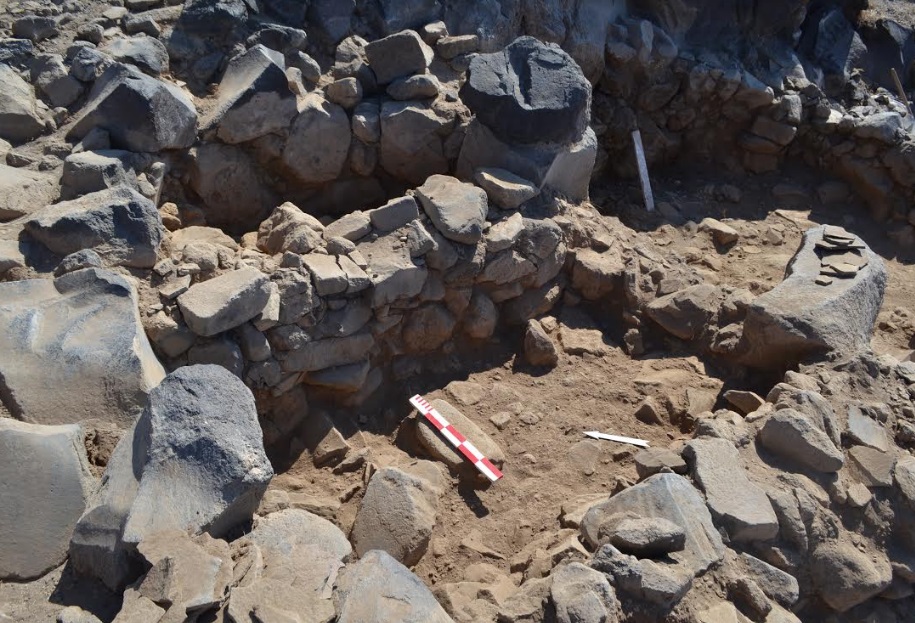 Archaeologists have brought to light a series of buildings of various designs built of rock. The settlement is dense and the buildings are said to be linked to each other, with stone platforms between them.
During this year’s excavation, a building which is thought to be some sort of ancient monument, has been unearthed. 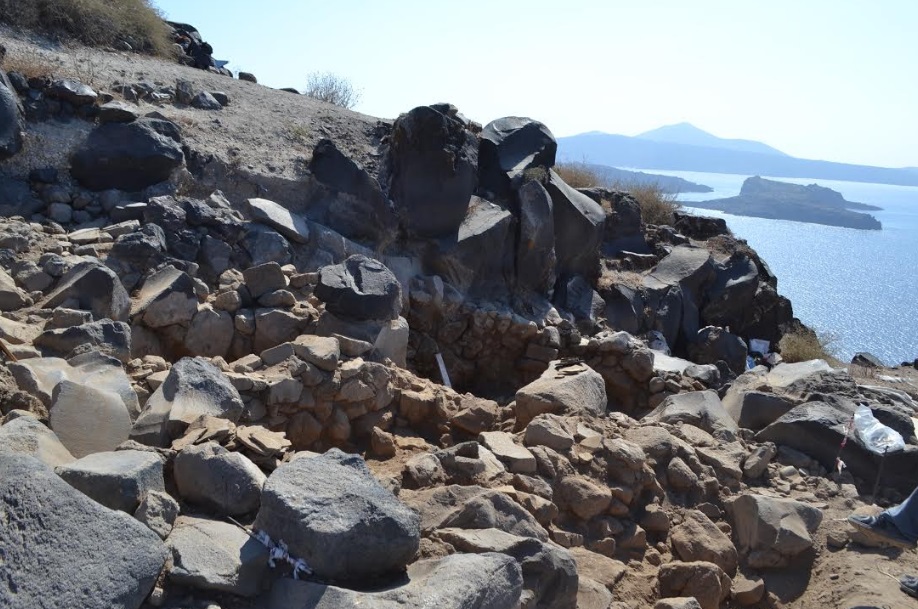 Materials recovered up to now include a multitude of crushing tools and large storage vases.
The settlement was abandoned for unknown reasons shortly before the late Cycladic period. 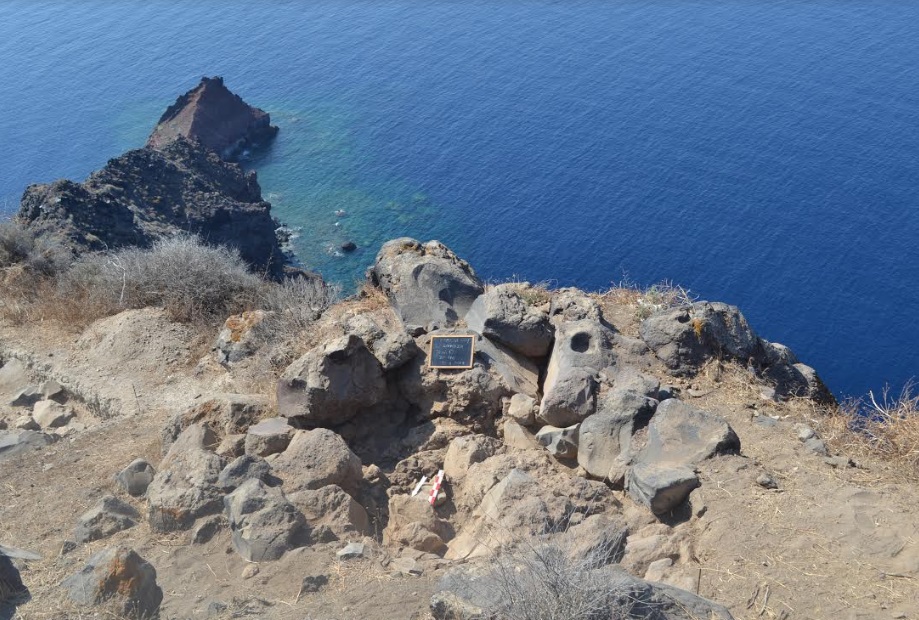 When the Minoan eruption and the subsequent cover of the island with layers of volcanic material occurred, the settlement had already been abandoned.
Archaeologists say that the excavation continues and it is expected that more gems of early Cycladic life will be unearthed. 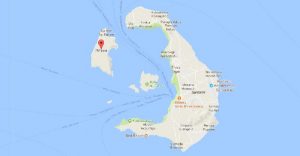 Thirassia; which is often described as the smaller sister of Santorini, is very close to Oia, but still remains a separate world.
Surrounded by high rock formations, Thirassia can be reached by boat, through organized trips  that depart from Santorini.