GRNews
GreekReporter.comGreek NewsEconomyEurostat: More Than One in Three Greeks at Risk of Poverty in...

Eurostat: More Than One in Three Greeks at Risk of Poverty in 2016 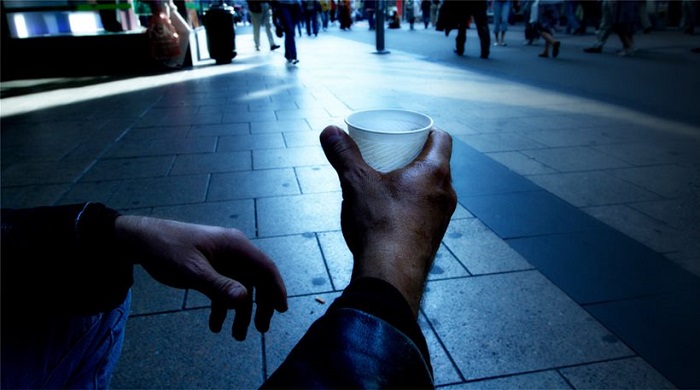 In 2016, more than a third of the population was at risk of poverty or social exclusion in Bulgaria (40.4%), Romania (38.8%) and Greece (35.6%), according to Eurostat.
The at-risk-of-poverty or social exclusion rate has grown from 2008 in ten member-states, with the highest increases being recorded in Greece (from 28.1% in 2008 to 35.6% in 2016, or +7.5 percentage points).
Persons at-risk-of-poverty are those living in a household with a disposable income below the risk-of-poverty threshold, which is set at 60% of the national median disposable income (after social transfers).
A 17.2% of the EU population in 2016 were at risk of poverty after social transfers, meaning that their disposable income was below their national at-risk-of-poverty threshold.
In the EU in 2016, 7.5% of the population were severely materially deprived, meaning that they had living conditions constrained by a lack of resources such as not being able to afford to pay their bills, keep their home adequately warm, or take a one week holiday away from home.
This proportion of persons severely materially deprived in the EU has decreased compared with both 2015 (8.1%) and 2008 (8.5%).
Source: AMNA