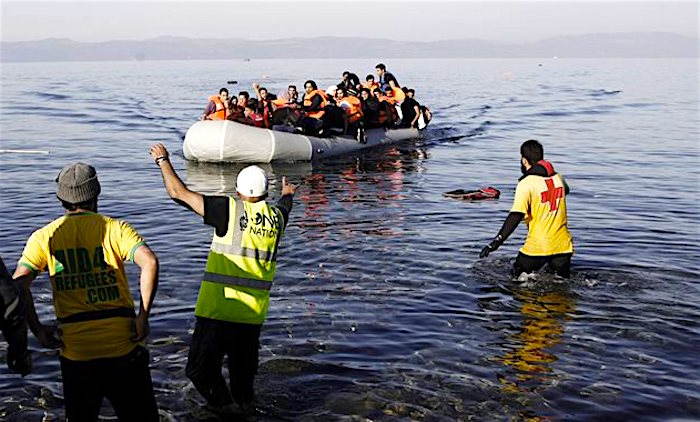 A total of 1,877 migrants and refugees crossed into the northern Aegean islands from the Turkish coast during the first 15 days of October.
According to official figures, 1,148 have arrived in Lesvos; 572 in Chios, and 117 in Samos.
In addition to this, on Monday morning, 44 people arrived in Lesvos and 157 in Chios.
Between October 1 and 13, the Turkish coast guard announced that it had located 25 incidents involving dinghies with migrants and refugees on board, that had attempted to reach the Greek waters. 907 people have been returned back to Turkey.