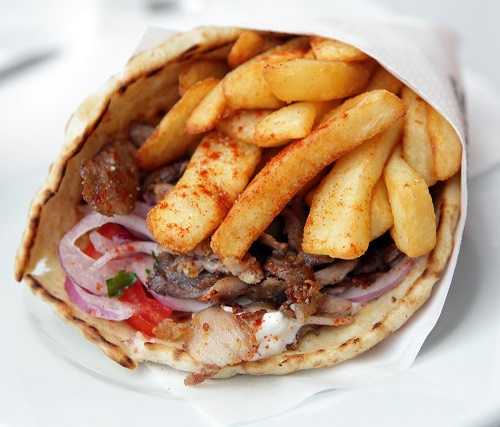 Elpida — known as the Souvlaki Lady —has operated a small food trailer on Ditmars Boulevard, Astoria for the last 30 years.

Elpida and her daughter, who also works at the trailer, is one of many Greek families that live in Astoria, which has served as the hub of Greek-centric life for New York for decades.

Greeks emigrated in large waves during the 20th century, and Astoria in particular is known for having deep roots from its Greek population.

Presenter of Dining on a Dime Lucas Peterson went to meet Elpida at work. Here is his charming report: