GRNews
GreekReporter.comHollywoodAlexander Payne: Harvey Weinstein is a 'Bully and Thug'

Alexander Payne: Harvey Weinstein is a ‘Bully and Thug’ 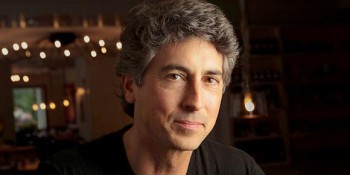 Director Alexander Payne has publicly come out with his opinion about the Harvey Weinstein scandal that has rocked Hollywood to condemn the producer accused by dozens of women of sexual harassment and even rape as a “bully and thug”.

Many celebrities, as well as powerful behind the scenes players in Hollywood including his own brother, Bob Weinstein, who referred to brother Harvey as “depraved”, have publicly condemned the producer.

Payne has been touring the film festival circuit with his new movie “Downsizing”, starring Kristen Wiig and Matt Damon, and was at the film’s premiere at the BFI London Film Festival when he was asked about his opinion on the Harvey Weinstein scandal by the Press Association.

As Payne put it, “[Harvey Weinstein] was asking for it. He was known as somewhat of a bully and thug in business dealings, so why wouldn’t that extend to other dealings?”

Actresses from Gwyneth Paltrow to Cara Delevingne have recounted their own horrifying and uncomfortable experiences with Weinstein intimidating them, while others, such as Asia Argento, have accused the producer of rape.

Though most now agree that Harvey Weinstein’s behavior was one of the biggest “open secrets” in the industry, the New York Times article that exposed his dark, criminal history with actresses to the world seems to have finally ended Weinstein’s career, as he got fired from his own company and has been officially banned by every professional organization in Hollywood, including the Academy and BAFTA.