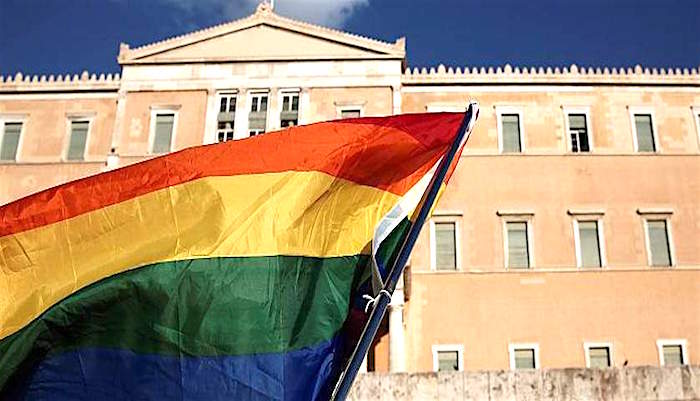 The Greek Parliament approved a government bill allowing people from the age of 15 to change their gender identity without medical treatment.
A total of 147 MP’s voted in favour out of the 285 who turned up to vote, while 15 lawmakers, mainly from centrist parties, were absent from the parliamentary session.
The bill received a “yes” vote by all but one SYRIZA MPs, all To Potami MPs, one ANEL MP and the only Democratic Left MP. It was voted down by New Democracy, Centrists Union and Communist party MPs, while PASOK MPs voted “present”.
The bill, tabled by SYRIZA, says that changing legal gender is a matter of personal choice and should not be contingent on medical tests, therapies or surgeries that are all optional.
It has been condemned as “immoral” by Greece’s influential Orthodox Church and as a “monstrosity” by far-right wing politicians.
Article 3 of the bill, setting the minimum age for the change to 15 years, has caused  reactions from within the governing SYRIZA-ANEL coalition.
Leader of Independent Greeks (ANEL) Panos Kammenos, who was in an official trip and not present during the debate, expressed his opposition to this particular article.
There was the usual bickering between the PM and the opposition leader, with Kyriakos Mitsotakis of New Democracy using an example brought to him by a psychiatrist of a 17-year-old boy who said he wanted to change his gender identity because he was told to do so by aliens!
Alexis Tsipras accused Mitsotakis of using an offensive example to justify his party’s “no” vote to the bill and fiercely asked him to take it back, with the New Democracy leader answering that his example illustrates the complexities of the issue, which the bill fails to address.