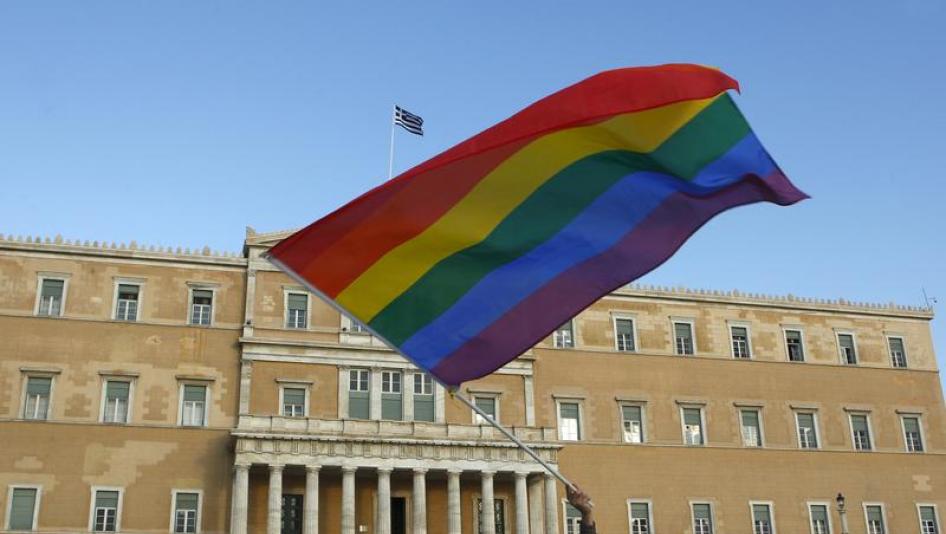 Greek MPs are engaged in two days of debate on the legal recognition of gender identity. If; as expected, the majority vote in favour of the new bill, Greeks will have the right to decide their own gender identity at the age of 15.
The proposed bill has caused reactions and outcry by the Greek Church, conservative MPs (some from junior government coalition partners ANEL), and even by some SYRIZA MPs, causing a threat to the government majority.
In a meeting with fellow SYRIZA MPs on Monday morning, bill writer and presenter, Justice minister Stavros Kondonis attempted to persuade them to vote for it, but a some appeared to be against it.
MPs Georgia Genna, Giannis Michelogiannakis, Markos Bolaris, Dimitris Gakis and Nina Kassimati appear to disagree fiercely with the age limit.  In addition to the above-mentioned, two more ANEL MPs; among them being ultra conservative Dimitris Kammenos, who are also against the bill, could cause the government majority to be in jeopardy.
There is still no immediate cause for government alarm, since the dissenting SYRIZA MPs have not indicated they would necessarily vote down the bill. Plus, the bill is expected to get the vote of PASOK and To Potami opposition MPs.
Kondonis has introduced a few changes to the bill, yet he refuses to back down on the issue of the age threshold of 15. The revised version includes more scientific participation in the panel of advisors to any gender change application, including a child psychologist and the Justice minister himself.
The Greek Church is fiercely against the bill, accusing the government of attempting to artificially alter God given gender identity. The archbishop of Piraeus went as far as to threaten the MPs who would dare vote for the bill, not to enter any Greek Orthodox church, if they do.
Attempting to describe the dire social conditions under which transgender people live in Greece, Anna Apergi; the Director of a transgender support association, suggests that prostitution is one of the very few possible jobs available for transgender people.
“Opening a bank account, picking up a parcel from the post office, renting a house. All this seems rather simple to most people but for us, transgender people, it is a nightmare. The hardest thing of all, is to find a job in the daylight.”
Despite being a transgender woman, legally Anna must comply with what is written on her identity card, which is her male name.
“This is a historic moment. For so many years, transgender people were in the dark. With this bill, it’s no longer the case. It’s important, because finally the state recognises our existence.”