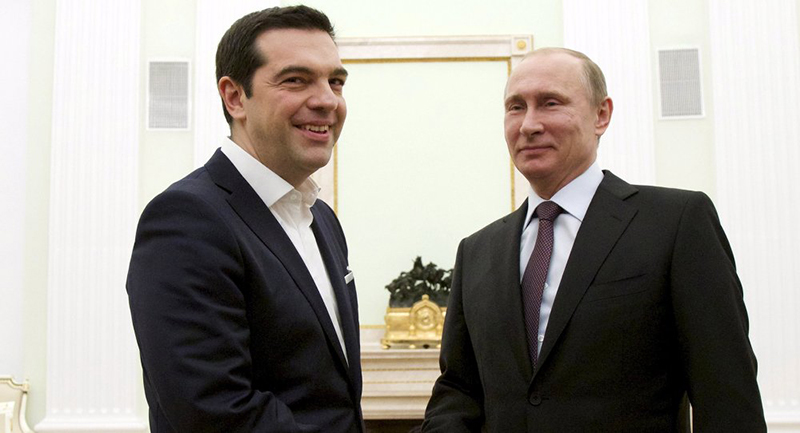 According to a study of public opinion conducted by a group of sociologists at the University of Macedonia for Kathimerini newspaper, 57.3% of Greeks adhere to a positive attitude toward Russia, and 67% toward Russian President Vladimir Putin.
German Chancellor Angela Merkel is treated positively by 40.5% of respondents, and US President Donald Trump by a mere 16.5%. Negative-wise, 25% of those questioned dislike Putin, 56% have a negative attitude toward Merkel, and 73% of Greeks dislike Trump.
When asked “whom of the world leaders do you trust the most”, Putin’s share accounted for 41.5% of the answers, Merkel’s 27.5%, and only 5% of respondents trusted Trump.
More than 43% of Greeks are sure that the Russian president supports the interests of Greece, while only 29.5% of respondents said the same about the German chancellor and 20% about the US President.
On diplomatic issues, 47.5% of respondents believe that Greece should strengthen relations with the European Union, 24.5% favour strengthened relations with Russia, while only 9%  of respondents said Athens should boost ties with the United States and 7.5% with the NATO countries.
The survey was conducted between September 15 and 17 by phone among 1,023 people aged 17 and higher.