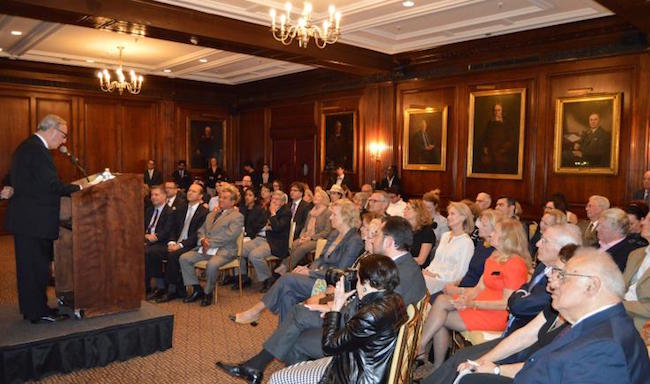 “The Cyprus problem is solvable on the basis of the UN Charter and Resolutions, and the principles of the European Union, so that the reunited Republic of Cyprus will be a normal state, for the benefit of all its inhabitants, and for peace and stability in the region”, Ambassador (ret.) of Cyprus Andreas Jacovides said, speaking at an event organized by the Foreign Policy Association, at Harvard Club.
Ambassador Jacovides was this year’s main speaker of the “Spiro Voutsinas Memorial Lecture”, supported by the New York Community Bankcorp, holding company of Atlantic Bank in which the late Greek American banker served as president for 10 years.
(Source: AMNA)