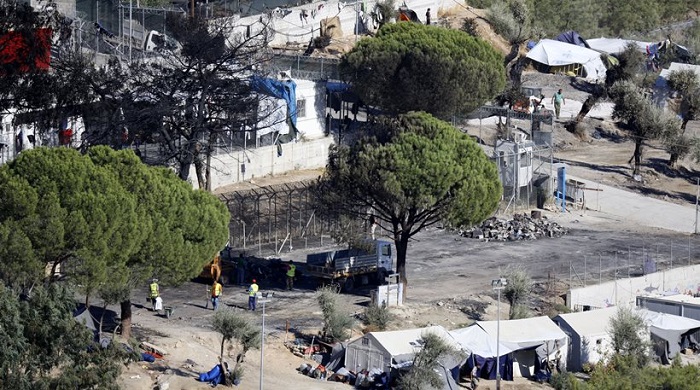 Representatives of Human Rights Watch (HRW) slammed Greece and Europe for the conditions prevailing in the migrant camp of Moria in Lesvos.
“Moria is a concentration camp”, said Emina Cerimovic addressing the Greek Parliament’s subcommittee for the disabled.
Following a nine-day visit to the camp she added that the conditions in Moria are “worst I ever seen…No one deserves to be treated the way people at Moria are,” said Cerimovic.
Both Cerimovic and HRW’s researcher for Greece, Eva Cosse, pointed to overcrowding as one of the biggest problems facing Moria and other camps on the Greek islands, adding that the Lesvos facility is struggling to accommodate a population that is more than double its capacity.
Many of the camp’s residents are forced to live in tents with just a few blankets that serve as a mattress and cushion, women are extremely vulnerable to sexual harassment, and there are no showering facilities for residents with mobility problems, the HRW envoys told MPs.
“We have asked the government for information but have not received any answers regarding its plans for Moria,” Cerimovic said.
“European officials are unfortunately washing their hands of the problem,” added Cosse. “They don’t care about the situation of refugees in Greece.”