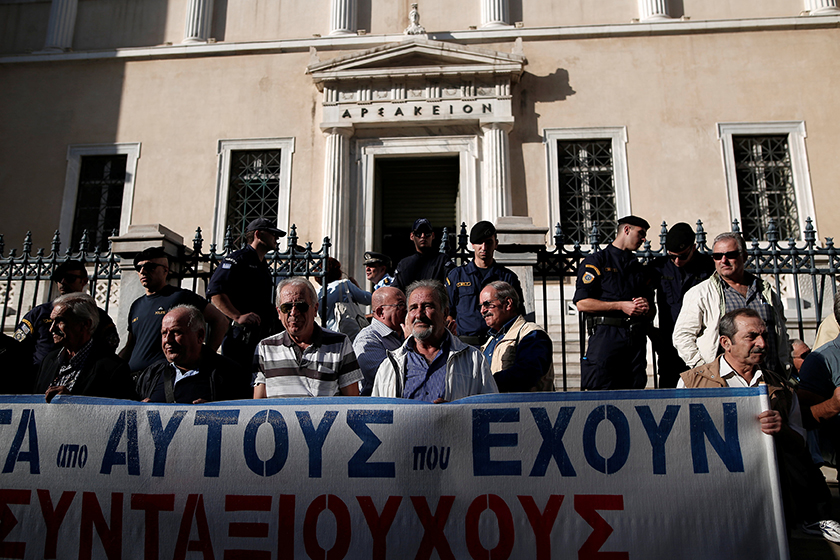 Hundreds of elderly Greeks protested against deep cuts to their pensions outside the country’s top administrative court, which was hearing arguments on a motion to rule the 2016 labour bill unconstitutional.
Pensioners have seen their benefits cut more than a dozen times since 2010 after Greece‘s debt crisis came to light.
They have turned to the Council of State in Athens, the top administrative court, in a bid to halt the latest cuts, which are due to take effect in 2019.
About 600 protesters on Friday held banners reading “take the money from those who have it, not from pensioners” outside the court, blocking traffic on a busy central Athens avenue.
They are hoping that the court will rule the cuts unconstitutional, although no court decision is expected soon.
With unemployment at 21 percent and double that for Greeks under 25, pensioners on a steady income have long been a key anchor of support in austerity-hit Greek households.