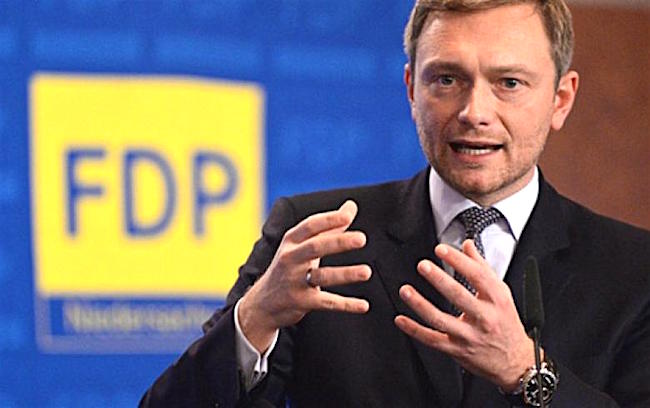 In an interview with Handelsblatt newspaper, FDP leader Christian Lindner, among the candidates to take over the Finance ministry in the next German government, accused former Fin Min Wolfgang Schaeuble over his handling of the Greek bailout.
Lindner ruled out taking on new debt to manage the balancing act of cutting income taxes and increasing investment on digital infrastructure – two key demands of his party.
He criticized outgoing Finance Minister Wolfgang Schaeuble for not being tough enough on Greece, and not cutting income taxes for middle-class workers.
“Mr. Schaeuble did not manage to impose himself over the chancellor in many questions of European policy. Just remember the third aid package for Greece, which he originally did not want to do,” Lindner said.
He called for the creation of an insolvency law for eurozone member states, adding that countries should be able to leave the single currency while remaining in the European Union.
Lindner is rumored to be Finance minister in the next Angela Merkel coalition government, although some conservative politicians have also floated the idea that they could keep the finance ministry if neither the FDP nor the Greens should grab it during coalition talks, which are likely to drag on for months.