Goodbye Greece: The Incredible Story of a Turkish Tourist who Allegedly Got Banned 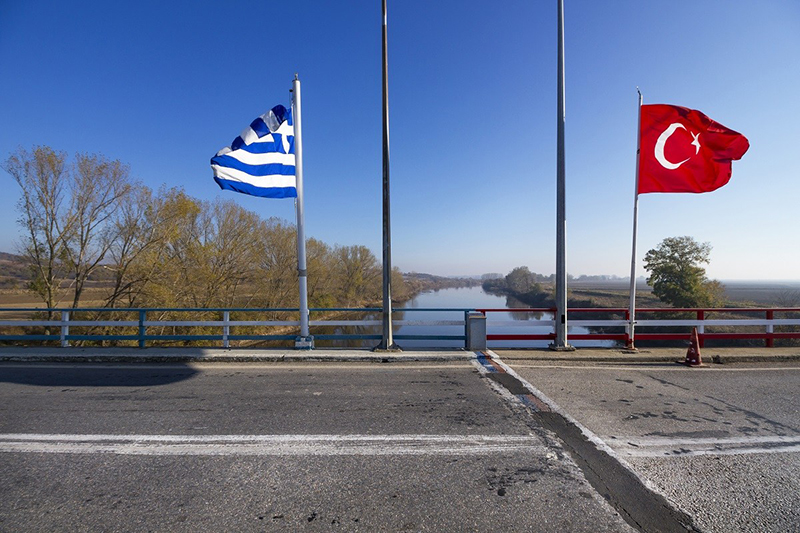 An incredible story concerning a tourist from Turkey, the Greek islands, and a disputed rule concerning entry to Greece with a passport stamped by the occupied part of Cyprus, came to our attention – and apparently became viral in the Turkish media.
The story begins with Firat Uran, a Film and Television student in the Istanbul University, who decided to go on a short trip to the so-called “Turkish Republic of Northern Cyprus”, the occupied part of Cyprus, unrecognized by any country other than Turkey in the past 43 years.
At a young age, Uran decided to visit TRNC, but little did he know of the ramifications that  having his Turkish passport stamped by the local authorities would eventually have. Fast forward to today, when Uran decided to have a taste of the irresistible Greek island summer, by island-hoping in the Aegean.
Aware that his TRNC-stamped passport from 5 years ago might forbid his entry to Greece, he payed “15 Turkish Lira for a stamp to leave the country“, as he notes, adding that this practice is unconstitutional in his country. 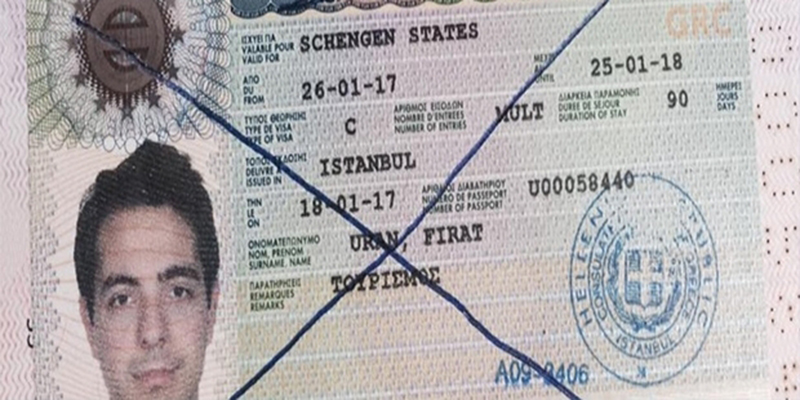 Armed with this stamp, Uran was relieved to find out that Greek passport authorities didn’t refuse him entry into the country, which meant that his dream island-hoping plan could now come into action. And it certainly did.
Having been accepted in the country as a tourist five times, he even applied for a “Greek Schengen Visa” and was delighted to hear he could get one lasting a whole year. He says he used it to go around Greece with his family for 9 months.
Having relaxed and enjoyed his vacation travels, Uran decided to take the boat home back to Turkey from Kos island.
That’s when a Greek official noticed the TRNC stamp in his passport. According to Uran’s story, published on Facebook under the title “Goodbye Greece“, the official tore up his Schengen visa, and told him that he had entered Greece illegally.
While his family was boarding the boat and he was standing next to the line, waiting to see what the consequences of his action would be, he started talking to a Greek female “border officer.”
When she found out what had happened, she reassured him that he would be accepted on the boat, even if he was the last passenger standing in line (or, to be more precise, outside it), adding that singling him out like that was just a “punishment”. 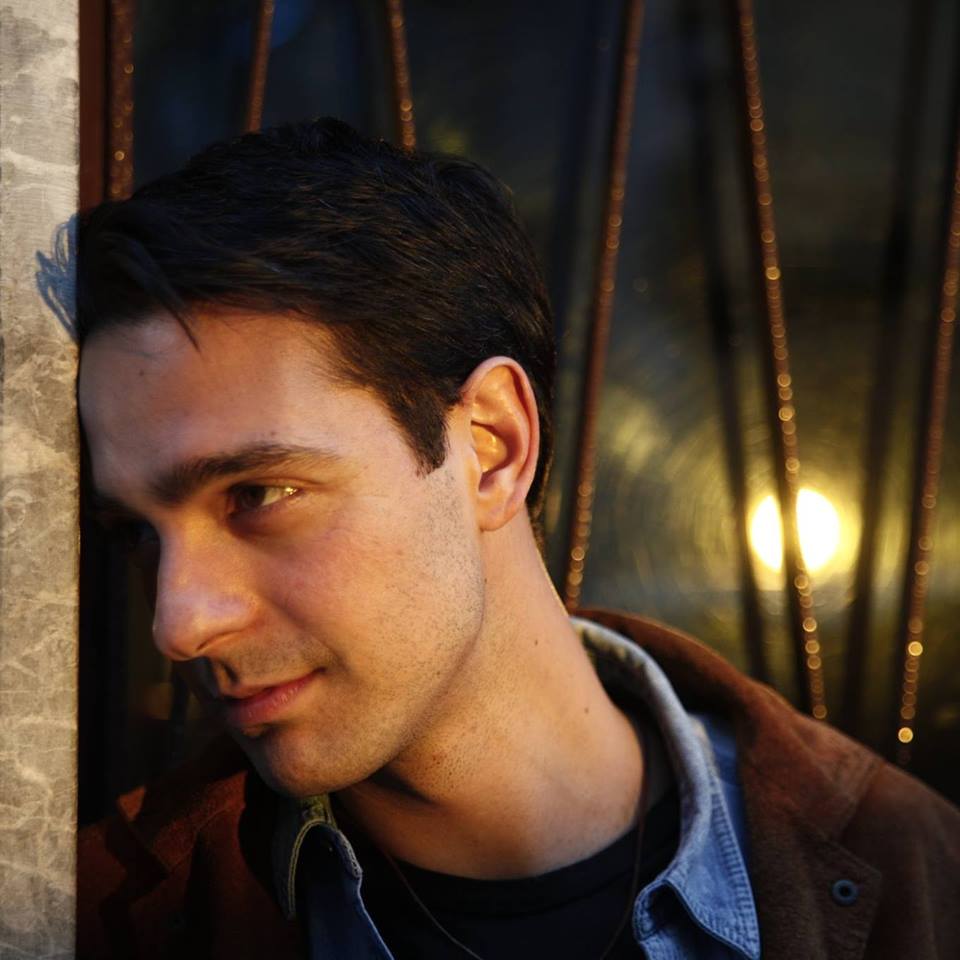 She was proven right. Just before the boat was to depart, Uran received his passport back (minus the “Schengen stamp”) and was allowed to board. On his way back home, Uran was contemplating his adventure and wondering why a poorly planned visit to the TRNC in his youth should cost him such grief.
Apparently, when he wrote down his story on Facebook, the Turkish media got interested and soon his adventure turned into a media saga, which became viral.
Interestingly enough, the Turkish student holds no nationalistic beliefs, as he points out to the female officer in their reported conversation. “I believe in John Lennon“, he tells her and when she asks him what he means, he replies: “Like the song goes, ‘Imagine there’s no countries’, borders are terrible.”
According to some reports, a TRNC stamp could prove an obstacle while attempting to visit the Republic of Cyprus, but not necessarily so. In order to avoid the hustle, tourists get immigration officials there to stamp a separate piece of paper on entry, rather than their official passport. This is a commonly accepted procedure. 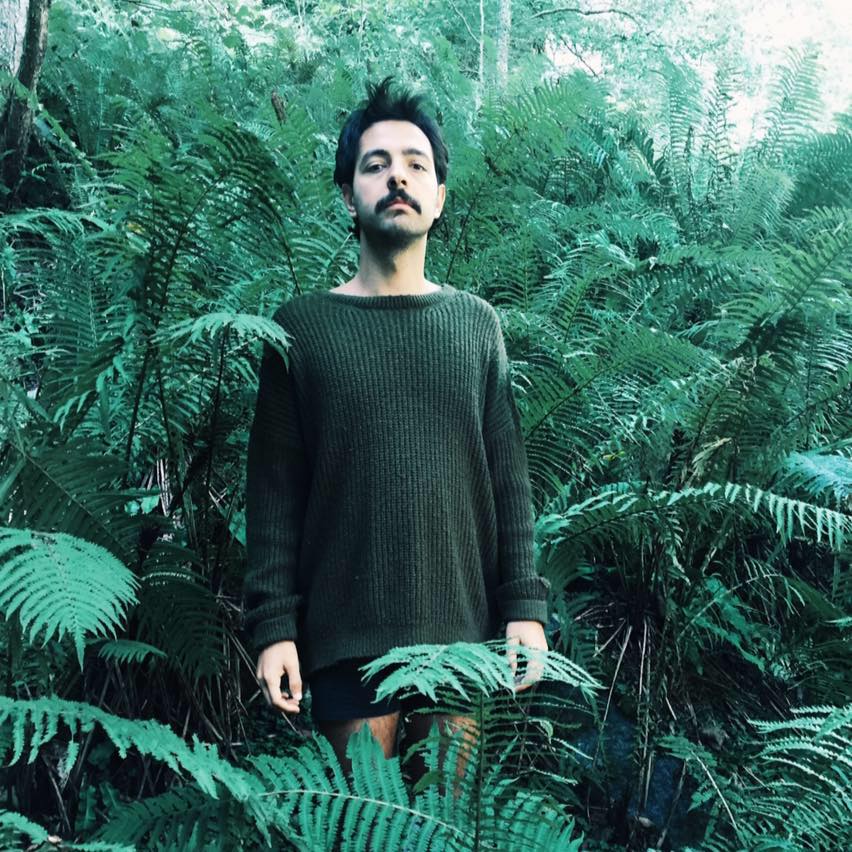 The end of Uran’s Facebook post is rather poetic. It shows a young man who sees no boundaries in his vision of the world, a student who has nothing but respect for Greece and who is sad he may never again get to visit it.
“A great country is offended by me just because I entered North Cyprus. People’s freedom of travel should not be restricted just because two countries are not talking to each other. This is childish and needs to be changed immediately. Goodbye Greece, let’s miss each other for a while, get old with some wrinkles on our eyes. Maybe some day, while sitting by the Aegean sea, we could drink rakı together and you would forgive me“.