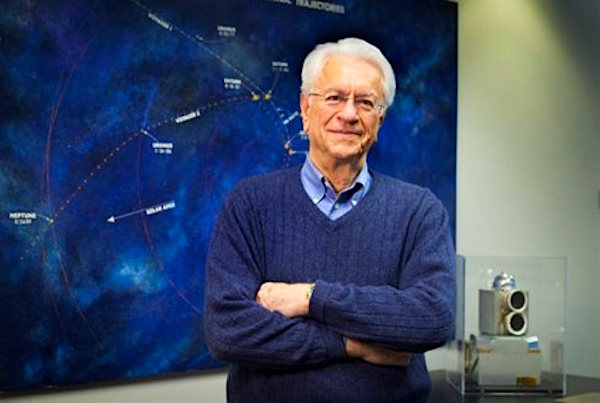 Space exploration scientist and academic Stamatis Krimizis, has been awarded the 2017 Theodore Von Karman Prize – the highest distinction awarded by the International Academy of Astronautics (IAA) – at a special event held in Adelaide, Australia.
The award is given every five years in honour of the pioneer in aerodynamics Theodore Von Karman, founder and first president of the Academy.
The academy honoured the Greek scientist for his contribution to space science.
Krimizis was head of the APL of Johns Hopkins University, which played a very important role in the space missions.
Krimizis was born on the island of Chios in 1938. He studied Physics at the University of Minnesota, his master of Science at the University of Iowa in 1963 and his Ph.D. in 1965 in Physics. He was a student of James Van Allen.
He is Head Emeritus of the Space Department Applied Physics Laboratory at Johns Hopkins University and he is a member of the Academy of Athens where he has the Chair of Science of Space. He is also the President of the Greek National Council for Research and Technology.
(Source: AMNA)

The breathtaking village of Theodoriana, nestled in the Tzoumerka mountain range in Greece, looks like something out of a fairy tale.
Environment