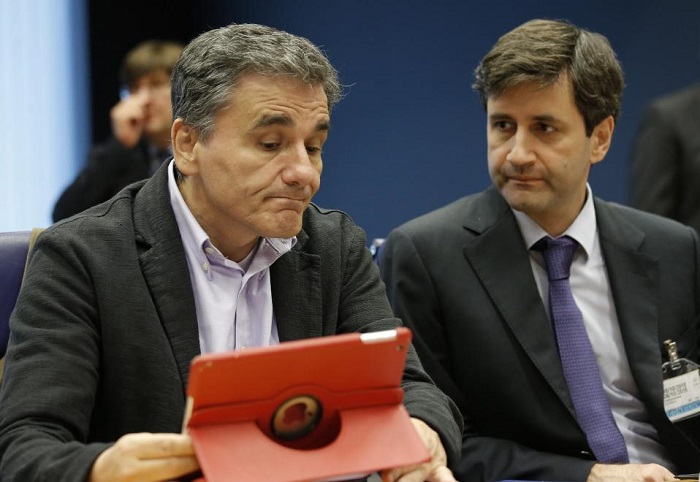 Finance Minister Euclid Tsakalotos is submitting  the draft budget for 2018; which foresees a growth rate of 2.4% and a primary surplus of 3.5% of GDP, to the Greek parliament on Monday.
According to reports by the semi-official Athens News Agency (ANA), the targets of the draft budget are in line with those of the Medium-term Fiscal Strategy and their achievement is expected to lead to the completion of the third bailout agreement in August 2018.
The draft says that the target for the primary surplus of 2017 has exceeded expectations. It now stands at 2.2% of GDP instead of a 1.75% target.
ANA says that the excess, as the government has already announced, is expected to be allocated as a social dividend to vulnerable population groups on the basis of decisions to be taken in the coming period.
Among other things, the draft budget for 2018 envisages:
– Reduction of unemployment to below 20%.
– Increase in private consumption by 1.4%
– Reduction in public consumption by 0.2%
– Increase in total private and public investment (gross fixed capital formation) by 12.6%
– Increase in exports of goods and services by 4.7%
– Increase in imports of goods and services by 4.4%