GRNews
GreekReporter.comBusinessFraport to Demand Compensation from Greece over Regional Airports

Fraport to Demand Compensation from Greece over Regional Airports 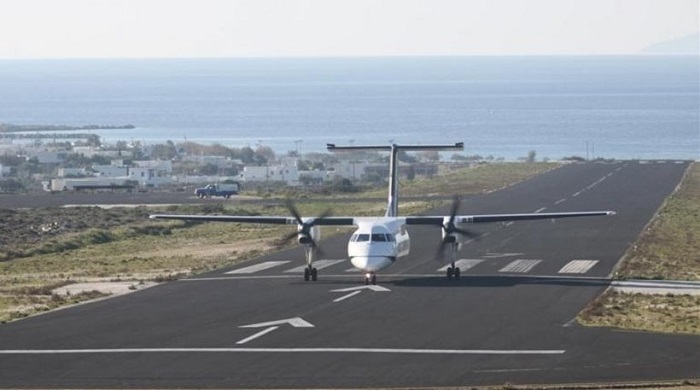 Germany’s Fraport is to demand compensation of around 70 million euros from the Greek government, for the deficient maintenance of some of the regional airports, Der Spiegel says.
The company has concluded a survey of the airports and it has found that at 14 regional airports its assets were significantly degraded at the time of their takeover, in relation to the date of submission of the financial offer.
Der Spiegel says that the survey has found a large number of broken doors, thousands of broken lamps and shortcomings in fire-fighting equipment that pose security concerns.
Fraport officially took over the management of 14 regional airports after the payment of 1.23 billion euros to Hellenic Republic Asset Development Fund (HRADF), last April.
The company took over the operation, maintenance and development of 14 airports for the next 40 years and plans to invest more than 1.4 billion euros during this period.
The 14 airports are Aktion, Chania, Kavala, Corfu, Kos, Mytilene, Mykonos, Rhodes, Samos, Santorini, Skiathos, Thessaloniki and Zakynthos.