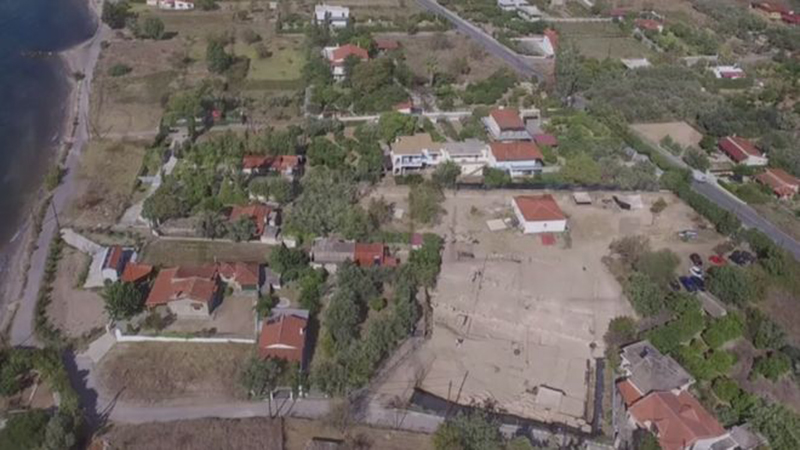 A group of archaeologists have ended a search lasting more than 100 years for a missing Greek temple in Evia island, after working out that ancient directions to the site were wrong.
A team from the Swiss Archaeological School and Greek Archaeological Service switched their dig from the ancient city of Eretria, to a site at the foot of a hill near the small fishing village of Amarynthos.
They were looking for a legendary temple to the Goddess Artemis, one of the most widely-venerated deities of Ancient Greece. After painstaking work, they discovered a stoa, or gallery, that could have formed part of the temple, and began excavating in earnest, in 2012.
Their analysis proved correct when the team finally “cut through the gallery walls this summer to reveal the core of the sanctuary of Amarysia Artemis”, the Greek Culture Ministry said.
The team has since uncovered buildings ranging from the 6th to 2nd centuries BCE, including an underground fountain, and, crucially, inscriptions and coins bearing the name Artemis – the guardian goddess of Amarynthos.
These confirm that the site was the destination for the annual procession from Eretria by local worshippers of the goddess of the hunt.
Source: BBC