Russian Navy Warship to Reach Corfu, Before Heading to Syria 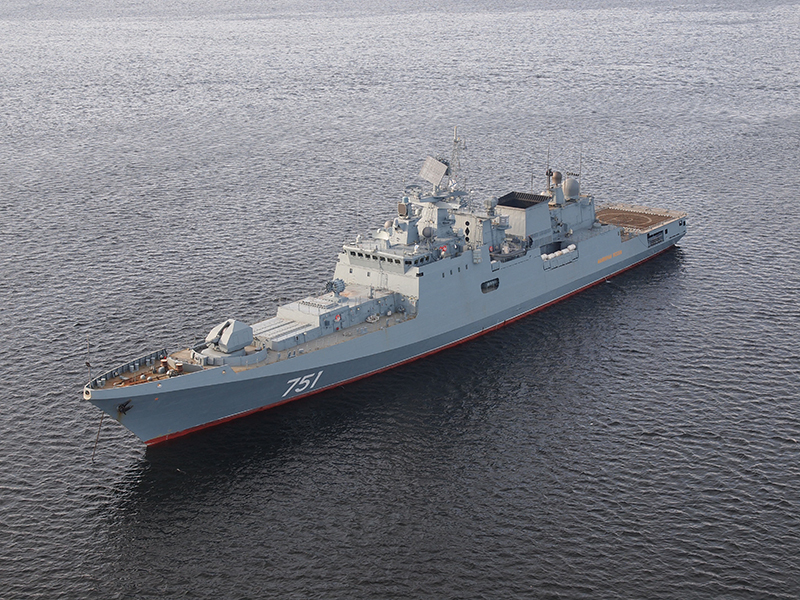 Russia’s Admiral Grigorovich warship is heading to Corfu island in the Ionian sea in an annual sojourn for the Russian military, intended to underline Moscow’s historic role in wrestling control of the island, from the grip of France.
But, according to media reports, the warship is loaded with cruise missiles, and is ready for action in Syria’s civil war. The ship will be replacing the Admiral Essen ship that is leaving the Mediterranean deployment, the Interfax news agency reported.
The Russian government is currently strongly promoting its cultural ties with Greece and the rest of the Balkans, including its shared history, and the Christian Orthodox faith with Greece, and many other countries in Europe’s southeast.
To mark the annual festival called “Russia Week on the Ionian Islands,” the Russian Black Sea Fleet is sending an honor guard and an orchestra to the popular vacation spot, the unit’s press service announced on Monday.
The journey will finish on October 1 with a salute to Russian Admiral Fyodor Ushakov, who led the 18th century siege on the island, alongside his Turkish allies.
Source: Newsweek