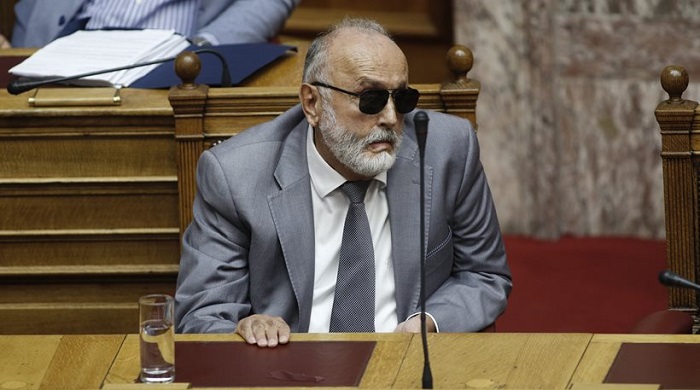 Bewildered Shipping Minster Panagiotis Kouroumblis admitted that, during the first crucial hours after the sinking of the Greek tanker near Salamis, he got into a plane and flew to London.
Kouroumblis is under intense pressure from the opposition to resign following earlier revelations about the mismanagement of the oil spill crisis that led to the environmental damage to many of the coastal beaches in southern Athens.
When asked in parliament on Friday, Kouroumblis said that on Sunday, September 10, he was at the Thessaloniki International Fair, and later that same day he travelled on official business to London.
Agia Zoni II sank in the early hours of Sunday when Kouroumblis was still in Thessaloniki. The implication is that he totally underestimated the seriousness of the accident.
This new announcement caught Greek media by surprise as up to now it was believed that the minister was already in London when the accident occurred.
A ministry statement said that Kouroumblis visited London in order to pursue behind-the scenes talks on transferring maritime insurance services from London to Piraeus after Brexit.