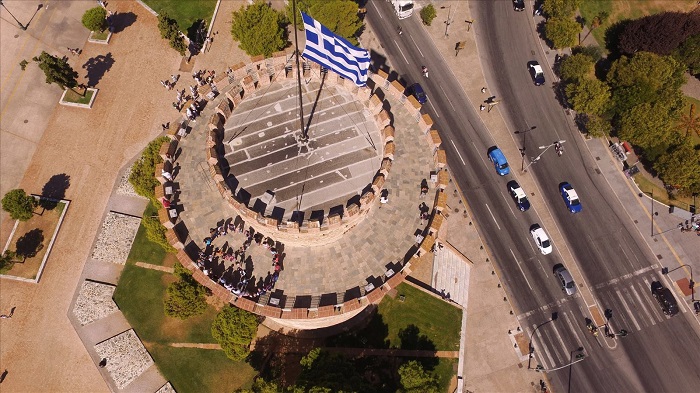 The symbol of peace was formed by a group of asylum seekers on the roof of the White Tower, the symbolic feature in Thessaloniki.
The gesture to commemorate Thursday’s World Peace Day was organized by the UN High Commission for Refugees (UNHCR), and the Solidarity Now group.
Many visitors joined in sending a message of unity, and universal peace.
The happening was photographed from above the 34 meter tall tower.
The tower, which once guarded the eastern end of the city’s sea walls, was for many years attributed to Venice, to which the Byzantines ceded Thessaloniki in 1423.
It is now known that the tower was constructed by the Ottomans sometime after 1430, when the army of Sultan Murad II, captured Thessaloniki.