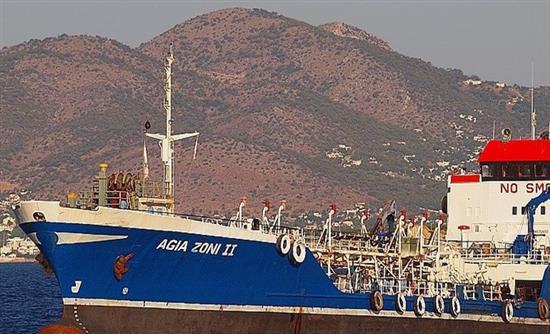 The European Maritime Safety Agency (EMSA) spokesperson on Wednesday said that Greece’s request for cleanup ships arrived late in the evening of September 12, two days after the oil tanker wreck that spilled tons of fuel oil in the Saronic Gulf and polluted the Athens coastline.
The EMSA spokesperson Radina Russeva spoke on Skai television saying that there are always 16 vessels standing-by and approval for their deployment is given 24 hours after a contract has been signed with the EU member country.
The EU official also underlined that the request from each EU member is made through the Thesis mechanism which is based in Brussels and in the case of Greece the request was filed by the Greek state late on September 12.
According to Shipping Minister Panagiotis Kouroumblis, there was no nearby EMSA ship immediately available. However, the EMSA spokesperson said that the agency has 16 cleanup ships always available to go immediately wherever they are needed.
Russeva noted that the Greek request to Thesis through was filed on September 12 and EMSA arrived late at night of the same day. The contract with the Greek side for the grant of a ship was signed on 13 September at 1.17 am and the ship started operating at 11:00 am (Greek time).
The EMSA spokesperson clarified that after signing the contract, it is each state’s responsibility how it will deploy the ship and what plan it will take to combat the issue.
700 tons of oil still in the hold of sunken tanker
Experts say that there is imminent danger of a second ecological disaster in the Saronic Gulf as it is estimated that there re 700 tons of fuel oil still left in the hold of sunken tanker Agia Zoni II.
On Wednesday, authorities stopped tanker Lassaia from pumping oil from the hold of Agia Zoni II. No other ship continued pumping the remaining oil from the sunken tanker.
Maritime authorities stopped Lassaia from pumping and arrested the captain and the chief engineer because the ship’s certificate of seaworthiness had expired and smuggled oil was found in the ship’s hold. The undocumented oil was confiscated.