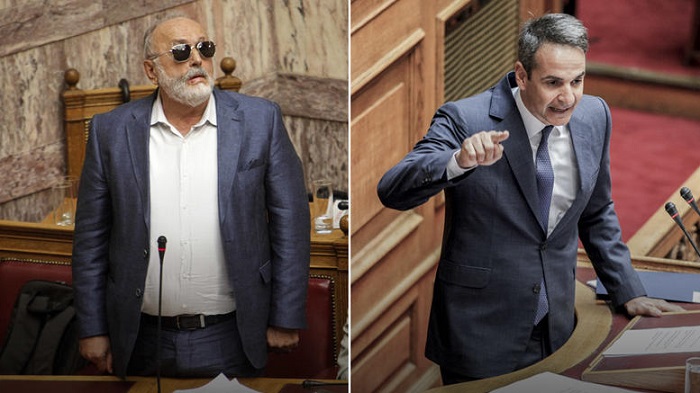 Leader of New Democracy (ND) Kyriakos Mitsotakis has asked Shipping Minister Panagiotis Kouroumblis to resign, due to the delays and oversights in the government’s response to the oil spill in the Saronic Gulf.
Speaking at an emergency session of the Environment Committee in Parliament, Mitsotakis said, ‘if he had any dignity’, the minister would have already resigned.
The ND chief said that the minister “underestimated the extent of the problem”.  “It took you three days to begin mobilizing and trying to understand what had really happened”, he claimed.
Mitsotakis also disclosed that the Shipping Ministry was late in seeking help from the European Union in order to battle the oil spill.
He questioned why the government failed to request assistance from the European Commission earlier, citing a press release from the European Maritime Safety Agency (EMSA) confirming that even though the tanker had gone down in the early hours of September 10, help was requested on September 13.
Kouroumblis denied the allegations and said that he requested assistance immediately.
“One of you is lying. Between the two, I believe EMSA”, Mitsotakis replied. 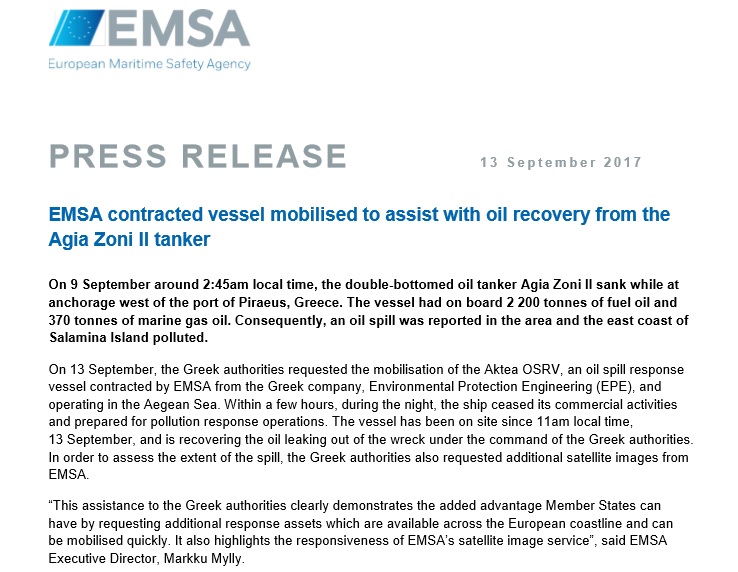 Mitsotakis also accused the government of failing to forewarn the mayors of the municipalities of Athens’ southern coast, and on the island of Salamina that were hit by the spill.
Responding to the accusations, Kouroumblis said that the government’s response will be judged by its results, which should be apparent in the next 30 to 40 days when the oil spill is completely cleared up.
“We are not trying to hide anything,” he said, inviting Mitsotakis to the ministry’s operations center “to see the dispatches for himself.”